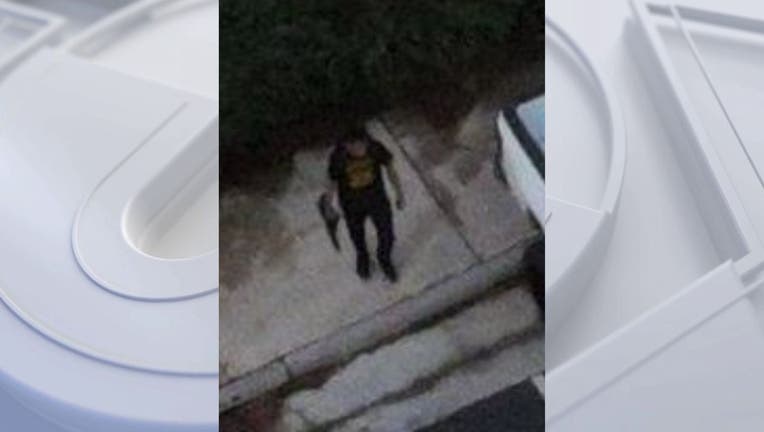 CORONA, Calif. - Corona Police are searching for the suspect who was involved in an officer-involved shooting.

On July 31, around 5:40 a.m., officers responded to the Ashton Apartments on Stoneridge Dr. After receiving reports of a man armed with a gun. When officers arrived on scene, they located the suspect walking in the parking lot holding a rifle.

When officers attempted to make contact with the suspect, an officer-involved shooting occurred. Police say the suspect dropped the rifle and ran to the Deerwood Apartment Complex.

Additional officers from Riverside Police, Riverside County Sheriff and CHP were called in to help search for the suspect, however he was nowhere to be found. Officers recovered the loaded semiautomatic rifle, but the suspect remains on the loose.

He is described by witnesses as a light-skinned black, or possibly Hispanic, man in his twenties, about 5’10" tall, last seen wearing a dark-colored shirt with a colored logo on the front, and black jogging pants with white striping down the legs.

Anyone with information regarding the suspect is urged to contact Detective Michael Placencia at Michael.Placencia@CoronaCA.gov or 951-736-2348 or Riverside County Sheriff’s Department Investigator Jarred Bishop at JDBishop@RiversideSheriff.org or 951-955-2926.

You can remain anonymous by calling the Corona Police Department Tip Line at 951-817-5837.