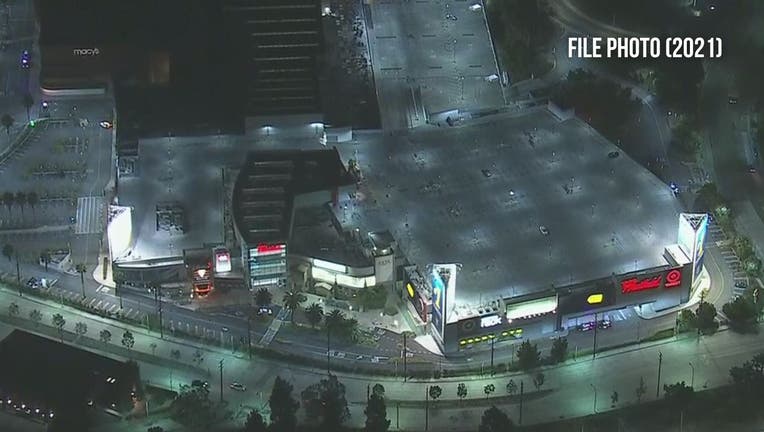 CULVER CITY, Calif. - Gunshots were fired in the parking lot of a mall in Culver City Tuesday night, according to police.

The Culver City Police Department responded to the Westfield Mall on Sepulveda Boulevard around 7:40 p.m. Tuesday to reports of shots fired. Police say multiple witnesses saw two people shooting at another in the parking lot.

When officers got to the scene they weren't able to locate either the suspects or the person they were shooting at. All they were able to find were multiple cars with bullet holes.

Police didn't offer any detailed descriptions about the suspects, but say they're looking for a light-colored, possibly white, newer model SUV.

Culver City PD is still investigating. Anyone with information about this shooting is asked to call 310-253-6316.