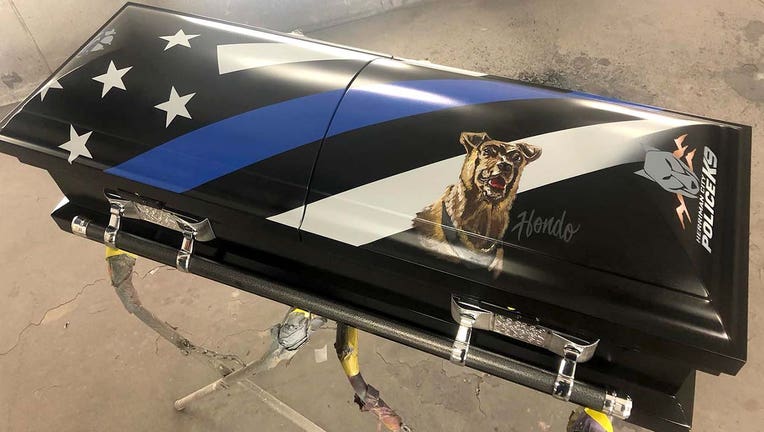 HERRIMAN, Utah - A K-9 fatally shot apprehending a fugitive in Utah earlier this month will be honored next week with a specially designed casket that bears the hero dog's portrait and the American flag.

Police asked auto body and paint shop Rawtin Garage if it could design a customized coffin for Hondo, who was a member of the Herriman City Police Department. The 7-year-old Belgian Malinois joined the force in 2015 after training in Europe.

“We had a lot of pressure,” said Johnny Ward, who runs the shop with his friend Keith Eccles, according to Utah's KSL-TV. “I think the call came in Wednesday night. And they said, ‘Hey, we’re bringing in a casket tomorrow morning.’”

The shop completed the casket in just 24 hours and painted it free of charge. Their services usually require a two-month waiting period.

“It’s hard work, but there’s an incredible sense of satisfaction,” Ward told the station. "This dog really is a hero.”

“In a weird way, it was kind of a spiritual experience,” Eccles, who hand drew the dog's face, told KSL-TV. “You feel like, by the time you’re done, you really got to know Hondo.”

"PSD Hondo was a true warrior then his actions ensured that his loving friend and partner Ben [Ricks] would able to return home to his wife, children, and HPD family," the chief said at the Feb. 14 press conference. "We mourn the loss of our member of our family but we remember the sacrifice."

A memorial service will be held for Hondo on Saturday, Feb. 29.

Get updates on this story on FOX News 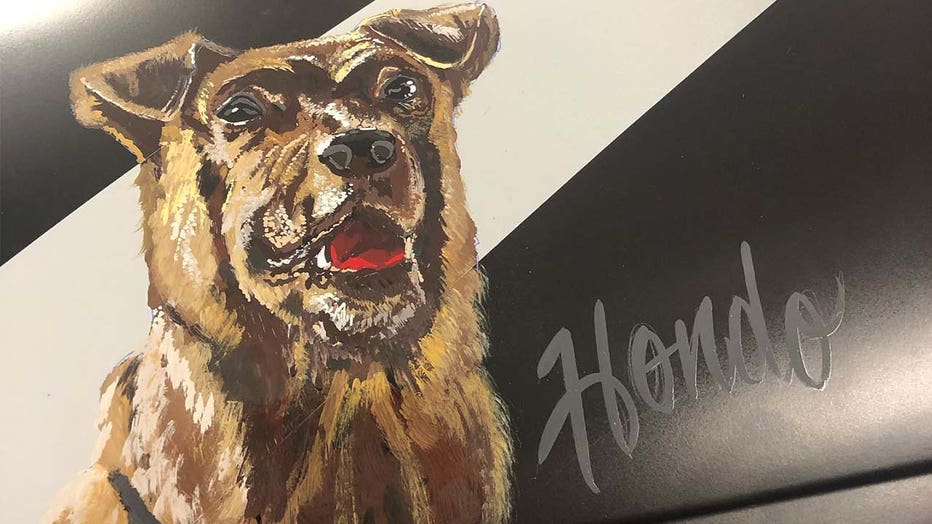