SkyFOX was over the chase scene as the Chevrolet Tahoe led the California Highway Patrol on a chase from Costa Mesa and then various parts of Orange County.

Over the course of the high-speed chase, the suspect was spotted driving erratically through freeway traffic and at one point was seen driving on the freeway shoulder trying to evade officers.

Officials did not say where the catalytic converters were stolen from.

As of Friday night, no arrests have been announced in the chase. 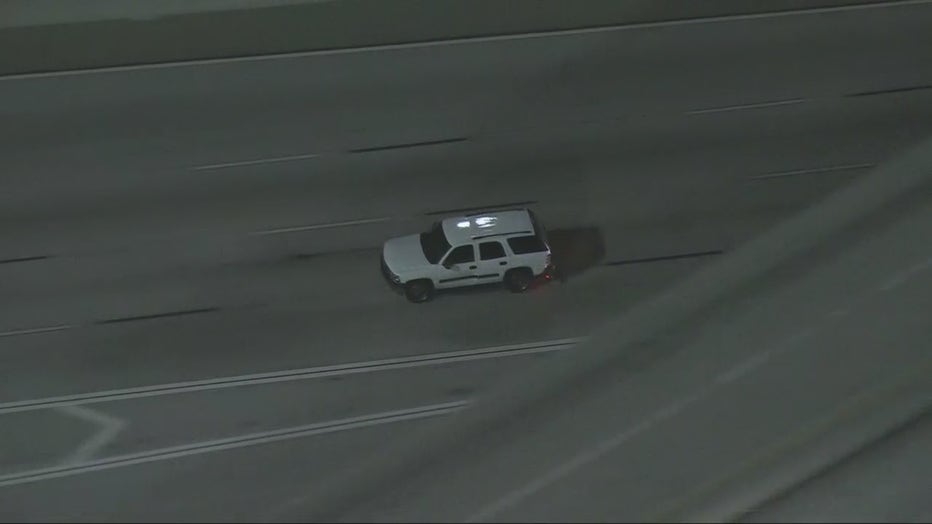