At the time of her birth, Elizabeth's family did not expect she would become the queen of England at just 25 years old.

LONDON - The United Kingdom is celebrating Queen Elizabeth II’s Platinum Jubilee, marking 70 years on the throne, with four days of pomp and pageantry.

Queen Elizabeth II, the longest-ruling monarch in British history, was crowned when she was 25 years old. In the next seven decades, the U.K. navigated the end of its empire, the Cold War, the economic tensions of the 1980s and the challenges of an increasingly multicultural society. Now 96, her unprecedented reign has made her a symbol of stability as the United Kingdom navigated an age of uncertainty.

The U.K. is marking the queen’s jubilee June 2-June 5. Behind the brass bands, street parties and an appearance by the queen on the balcony of Buckingham Palace lies a drive to show that the royal family still remains relevant.

"The monarchy is not elected, so the only way in which a monarch can demonstrate consent is not through the ballot box, but through people turning out on the streets," said Robert Lacey, the historical adviser on "The Crown″ series. "And if the monarch turns up on the balcony and waves and there’s no one there, that’s a pretty definitive judgment on the monarchy.

"Well, when it comes to Elizabeth, the opposite has been the case. People can’t wait to mass and cheer together," he added. 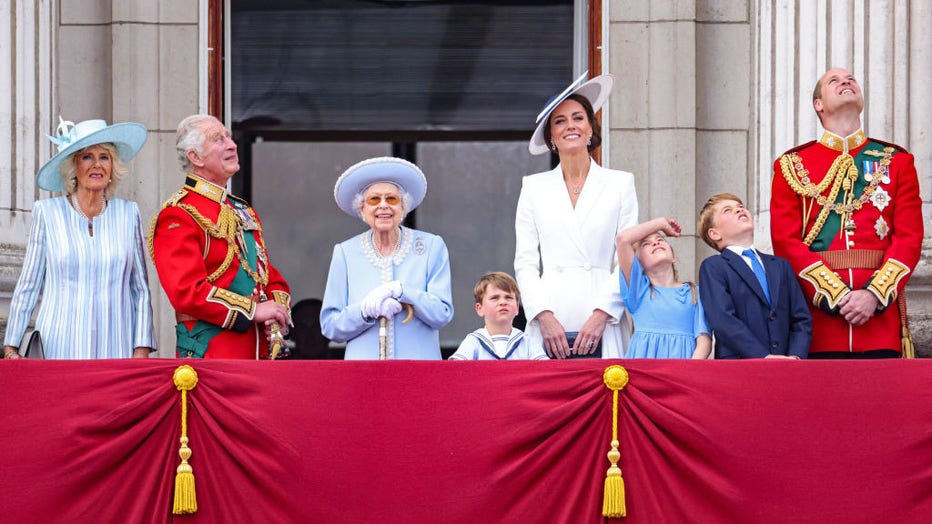 And the royals, sometimes criticized as out of touch with modern Britain, want to show that their support comes from all parts of a society that has become more multicultural amid immigration from the Caribbean, South Asia and Eastern Europe.

As part of the jubilee pageant, dancers from London's African-Caribbean community will don costumes of giant flamingos, zebras and giraffes to re-imagine the moment in 1952 when Princess Elizabeth learned she had become queen while visiting a game park in Kenya. Another group will recall the queen’s 1947 marriage to Prince Philip and celebrate weddings around the Commonwealth with Bollywood-style dancing.

The acts also include a 20-foot-tall puppet of a young woman, surrounded by a pack of mischievous corgi puppets.

Here’s a schedule of official Platinum Jubilee events, according to the Royal Family’s website:

You can watch the events on the BBC website after they’ve aired live on television.

You can watch it on the BBC website after it's aired live on television.

You can watch it on the BBC website after it airs live on television. 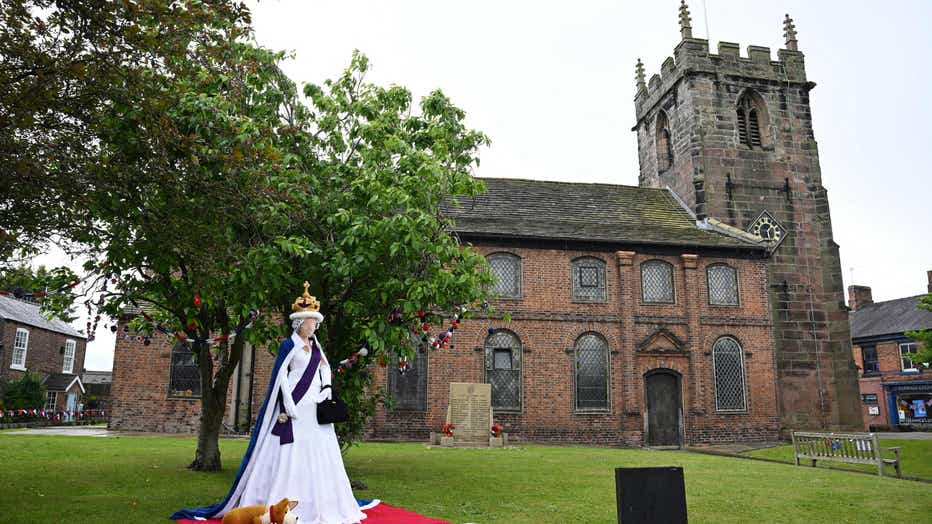 A lifesize knitted Britain's Queen Elizabeth II is seen in the grounds of St Luke's Church in Holmes Chapel, north west England, on May 30, 2022. -(Photo by PAUL ELLIS/AFP via Getty Images)

You can watch it on the BBC website after it airs live on television.