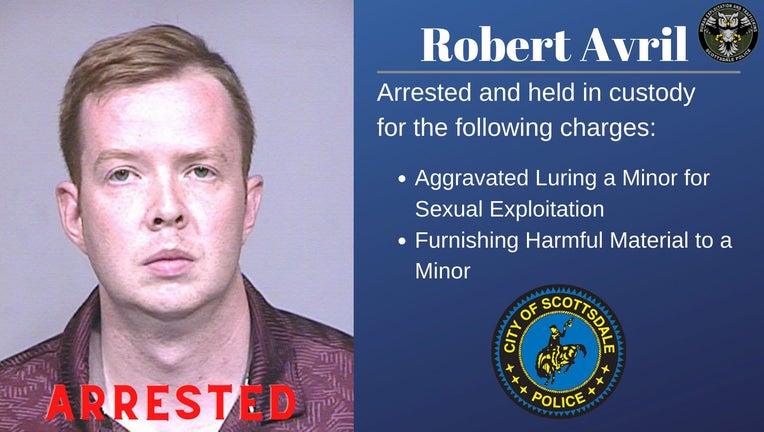 SCOTTSDALE, Ariz. - A piano teacher in Scottsdale is under arrest after police say he unknowingly talked with an undercover detective he thought was a child, the department said.

"The Scottsdale Police Department Human Exploitation and Trafficking Unit arrested Robert Paul Avril for Aggravated Luring of a Minor for Sexual Exploitation and Furnishing Harmful Material to a Minor. Mr. Avril communicated online with an undercover detective he believed to be a child and subsequently engaged in a sexually explicit conversation where he disseminated images and videos of himself," police said on May 3.

Avril is reportedly a piano teacher, and he was arrested at work where police say he was "actively communicating with an undercover detective."

"While this investigation remains ongoing, there is no specific information to indicate that Mr. Avril had any sexual contact with children at this time," police clarified.