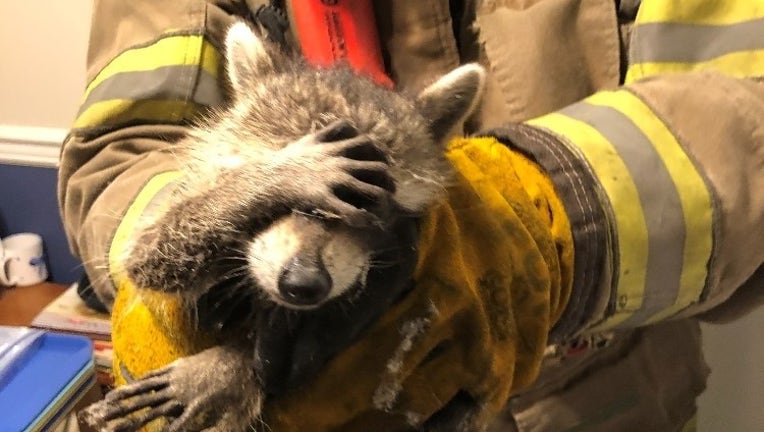 It's ok, little guy. We all have those moments.

The City of Dalton Fire Department in Georgia posted a photo this week of an adorable raccoon that appeared to be embarrassed after getting into a situation that it needed rescuing from.

"You never know what the day is going to hold when you show up for your shift as a firefighter," the department wrote on Facebook. "Sure, there may be the occasional cat needing to be rescued from a tree, but a raccoon? That's a new one."

Firefighters say the wily raccoon went inside a home in Dalton on Monday night looking for snacks and couldn't find its way back out. That's where they came in and helped the little guy get on his way.

"As you can tell, he was pretty embarrassed about it, but it's really nothing to be ashamed of. We all need a helping hand every now and then."

The crew safely released the raccoon back into the wild "where he'll hopefully be less adventurous in his search for snacks from now on."