A suspect is on the run after a man was shot inside the Culver City mall on Aug. 26.

CULVER CITY, Calif. - Two suspects are on the run after a man was shot in the leg at the Westfield Culver City mall Thursday evening, officials said.

Officers with the Culver City Police Department were called to the shopping center, previously known as Fox Hills mall, around 7:40 p.m.

According to police, three men who were standing near JCPenney got into an argument. The altercation turned violent when one of the men pulled out a gun and shot the victim multiple times.

The gunfire was heard throughout the shopping center and terrified customers and employees who thought there was an active shooter situation.

The two suspects ran out while those inside the mall scrambled for cover.

A video posted to Citizen App shows employees, customers, and even a mall security guard huddled together after they locked themselves inside a storage room in one of the stores. 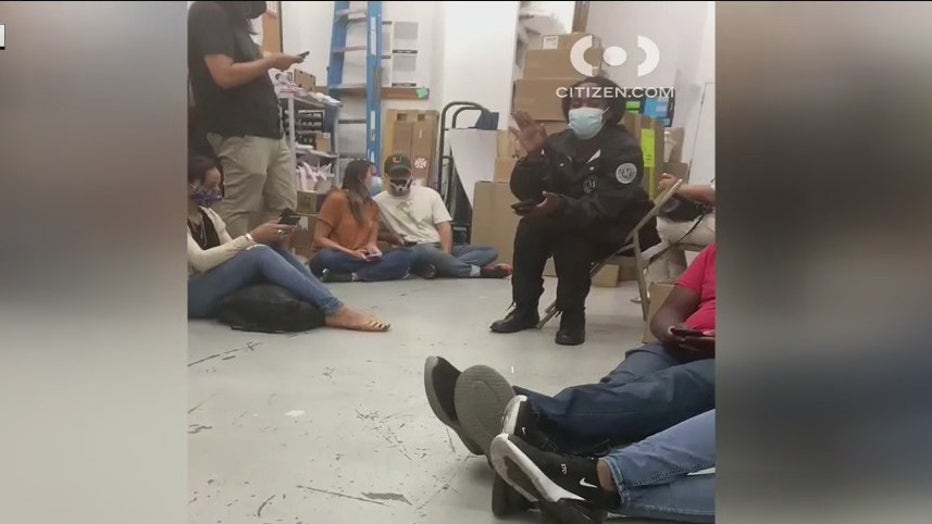