LOS ANGELES - A person was killed Wednesday night in a collision on the northbound Harbor (110) Freeway in downtown Los Angeles. 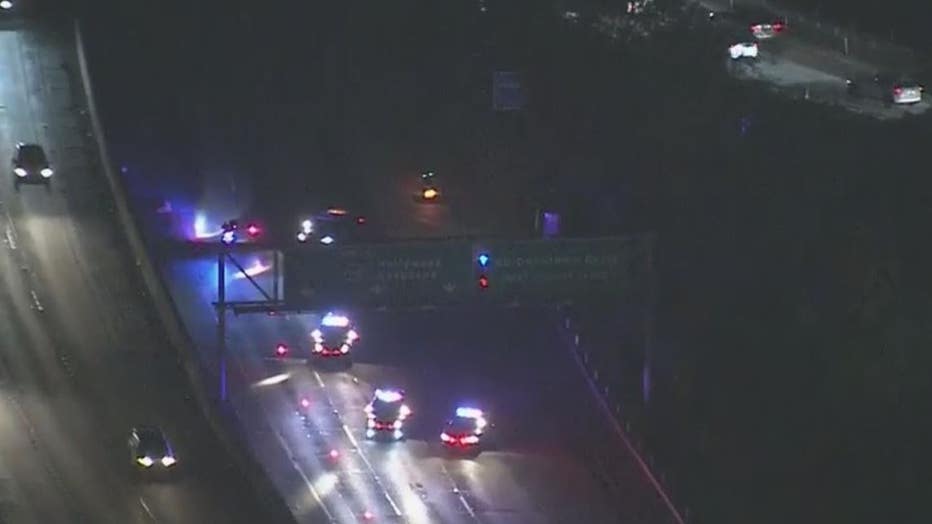 The collision occurred about 7:40 p.m. near Olympic Boulevard, according to Margaret Stewart of the Los Angeles Fire Department.

The victim, whose name was not released, was ejected from the vehicle and died at the scene, Stewart said.

All northbound lanes of the freeway in the area were closed at 7:55 p.m. while officers investigated the crash, according to the California Highway Patrol, which issued a SigAlert.

Traffic was diverted off the freeway to the eastbound and westbound Santa Monica (10) Freeway.