NEW YORK - Peloton said Friday that it’s been subpoenaed by the U.S. Department of Justice and the Department of Homeland Security for documents and other information related to injuries reported by its customers.

In May, the company recalled about 125,000 of its Tread+ and Tread treadmill machines after a child’s death and dozens of other users reported injuries.

The New York-based Peloton had initially resisted recalling the products, even after the U.S. Consumer Product Safety Commission (CPSC) warned on April 17 that people with children and pets should immediately stop using the Tread+. The CPSC said it had received reports of children and a pet being pulled, pinned and trapped under the rear roller of the treadmill, leading to fractures, scrapes and the child’s death.

At the time, Peloton said the warning was "inaccurate and misleading," adding that there was no reason to stop using the treadmill as long as children and pets were kept away from it at all times, the machine is turned off when not in use and a safety key is removed.

But in a major reversal, the company later apologized in May and said it would work with the CPSC "to set new industry safety standards for treadmills."

Peloton is best known for its stationary bikes but began selling treadmills about three years ago. 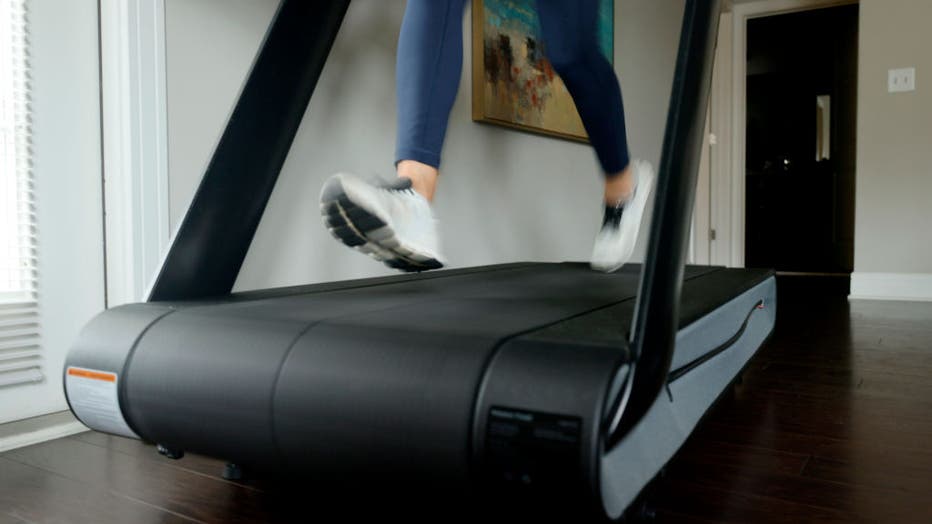 FILE IMAGE - A woman works out on her Peloton Tread+ treadmill on May 24, 2021, in Williamstown, New Jersey. (Photo by Michael Loccisano/Getty Images)

The exercise equipment company also said in a regulatory filing on Friday that the Securities and Exchange Commission is "investigating our public disclosures concerning these matters." Peloton also said it has been named in multiple lawsuits related to the treadmill recalls.

A Peloton spokesperson told FOX Television Stations that the company could not comment on active litigation.

The disclosures in an SEC filing arrive a day after the company posted a loss for its most recent quarter, showed slower revenue growth, and cut the price of its most popular product. A portion of the latest quarter’s loss stemmed from the recall of its treadmill machine.

The company announced Thursday that it is cutting the price of its Peloton Bike — the product that was the cornerstone of its popularity — to $1,495 from $1,895.