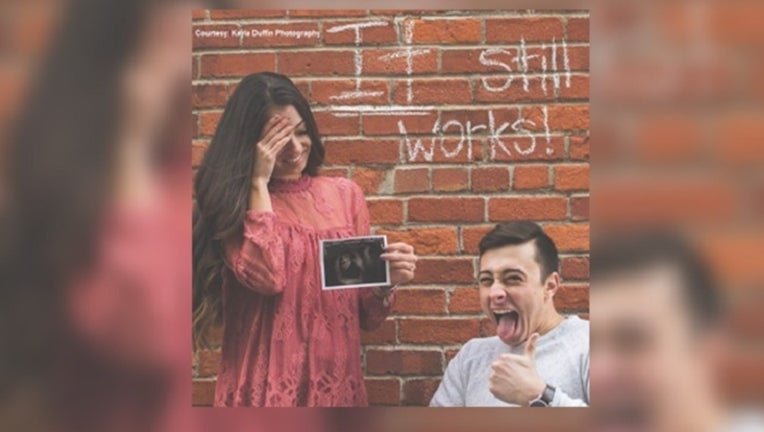 OHIO (WTXF) - A former motocross rider and his fiancee made quite the pregnancy announcement with a humorous photo shoot earlier this week.

Ohio-based couple Todd Kreig and Amanda Diesen wanted to show the world how much adversity they've overcome in their years together, as they announced their family would be growing.

Todd, who is paraplegic, was injured in a motocross accident. While recovering in a rehab facility, he met Amanda, who was an employee at the facility.

Months later the couple was engaged, and are now expecting their first child, despite Todd's medical limitations, which doctors told them could make it hard for them to conceive naturally.

In the now viral photo of the couple announcing their pregnancy, Amanda is holding up a sonogram next to Todd, with the words "It still works!" written on the wall above his head.