1 killed after shooting, crash in Azusa

One person was killed after a crash in Azusa. Responding law enforcement found the driver of a speeding car had been shot. The driver died at the hospital.

AZUSA, Calif. - One person was killed Monday after a crash that followed a shooting in Azusa.

The crash happened just before 10:20 a.m. in the 17700 block of East Newburg Street, according to the Los Angeles County Sheriff's Department.

Both LASD and Azusa Police reported to the scene. LASD told FOX 11 that the driver did sustain a gunshot wound. He was transported to the hospital, where he later died. 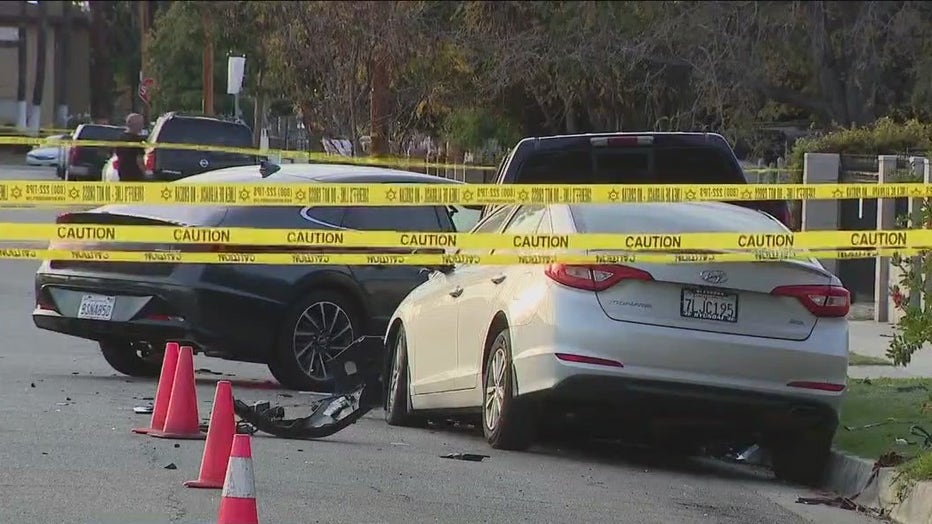 SUGGESTED: VIDEO: Man survives after truck crashes into him on PCH in Malibu

Authorities said they don't yet know where the driver was shot, and that they're investigating.

It was unclear what led to the crash Monday morning, but LASD told FOX 11 that surveillance video from the area showed a car traveling at a high rate of speed.