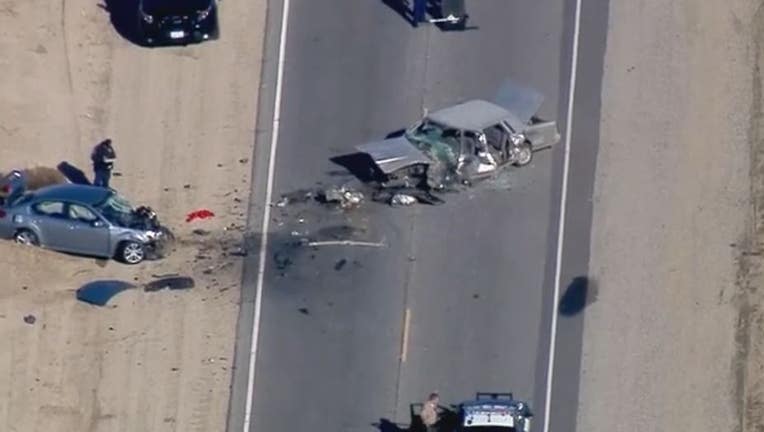 PALMDALE, CAlif. - One person was killed and at least three people were seriously injured in a head-on crash in Palmdale on Monday, fire officials said.

One killed in head-on crash in Palmdale

One person was killed and at least two others were seriously injured in a head-on collision in Palmdale, fire officials said.

The crash was reported just after 9:30 a.m. at the intersection of 50th Street and East Avenue N.