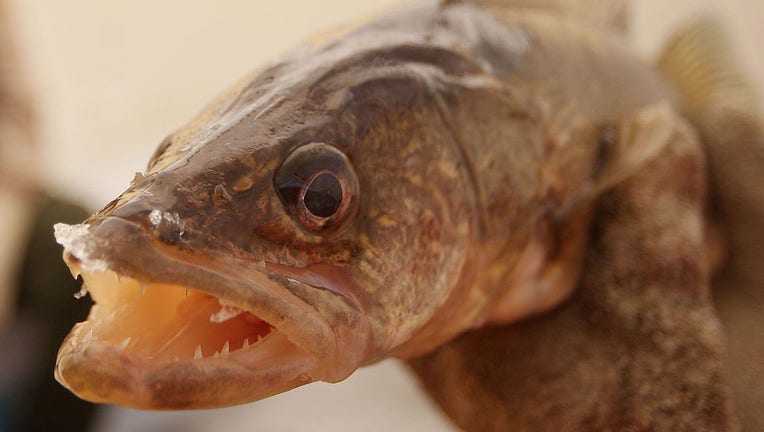 CLEVELAND - Two men accused of cheating at a fishing tournament in Ohio by stuffing walleye with lead weights and fillets in an attempt to win the cash grand prize have been charged, authorities announced on Wednesday.

The anglers, Jacob Runyan, 42, of Broadview Heights, Ohio, and Chase Cominski, 35, of Hermitage, Pennsylvania, were indicted in Cleveland on felony charges of cheating, attempted grand theft, possessing criminal tools, and misdemeanor charges of unlawfully owning wild animals. They're due to be arraigned on Oct. 26.

"I take all crime very seriously, and I believe what these two individuals attempted to do was not only dishonorable but also criminal," Cuyahoga County Prosecutor Michael C. O’Malley said in a statement.

On Sept. 30, Runyan and Cominsky competed at the Lake Erie Walleye Trail tournament, which hosts fishermen from several surrounding states that compete to see which team can catch five of the heaviest walleye fish in Lake Erie, according to authorities.

Runyan and Cominski would have received $28,760 in prizes for winning the tournament.

A mayor in northern Ohio is concerned about what he says could be an unintended consequence of allowing ice fishing at a city park. FOX's Peggy Gallek reports.

Widely-shared video on social media showed a crowd of people at Gordon Park watching Fischer cut the walleye open and announce that there were weights and walleye fillets stuffed inside.

Runyan and Cominsky were immediately disqualified and instructed to leave the tournament. An officer from the Ohio Department of Natural Resources confiscated the fish as evidence.

Officers from ODNR, the Hermitage Police Department, and the Pennsylvania Fish and Boat Commission seized a boat, trailer, and fishing gear belonging to Cominski on Tuesday in Pennsylvania. The anglers had used the boat during last month's tournament, the affidavits said.

One of the affidavits disclosed that Runyan and Cominski were also investigated by Rossford police in northwest Ohio in April after being accused of cheating in a different walleye tournament. According to a Rossford police report, an assistant Wood County prosecutor concluded that although the men may have cheated, there was not enough evidence to charge them.