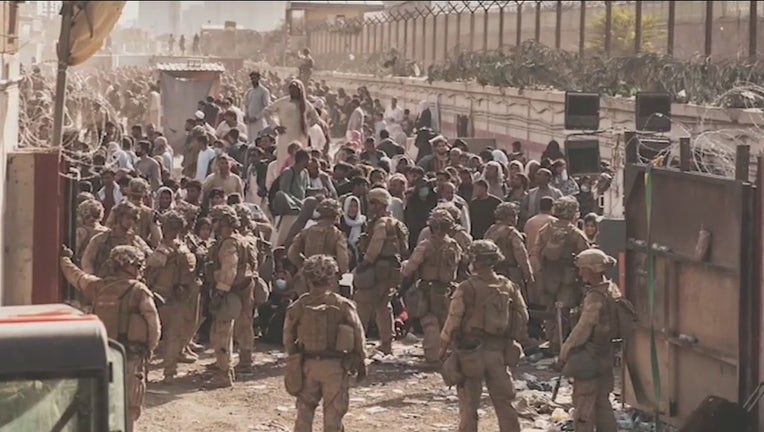 SANTA ANA, Calif. - The story of refugees desperate to get out of Afghanistan has resonated with the residents of Orange County’s Little Saigon District.

Some of those who live in the area were part of the rescue operations during the Fall of Saigon and observing what’s been happening in Afghanistan has been a painful reminder of the past.

"For those of us who went through this, it has opened up old wounds, "Orange County Supervisor Andrew Do said during a press conference Wednesday. "All we can do is do what we can to help."

On Tuesday, a resolution encouraging the federal government to accept more refugees in response to the mass exodus from Afghanistan after its takeover by Taliban militants was approved by the Orange County Board of Supervisors.

"There is enough room to bring in all of the Afghan refugees that might qualify," Supervisor Doug Chaffee told City News Service. "We want to increase the availability to the annual immigrant quota."

Chaffee said the county intends "to help out if some of them wind up in Orange County."

A family of four from Afghanistan has arrived in the county with help from an Anaheim-based charity, Chaffee said.

"There is a possibility of welcoming them officially sometime by the end of the week," Chaffee said.

Do was a refugee from Vietnam. He and his family were airlifted from Saigon on April 29, 1975, as part of Operation Frequent Wind.

"What I have learned over the last 46 years living in the U.S. is America's opportunity is our greatest weapon against totalitarianism and oppression," Do said in a news release. "We remain the beacon that inspires and motivates people around the world to have hope, aspire and fight for basic human rights.

"That's why I urge the United States Congress and President Biden to act swiftly to create an orderly process to admit Afghan refugees and establish opportunities for resettlement in the United States."

Refugee admissions is capped at 62,500 per year, the supervisors noted.

The three-step plan approved by the board at Tuesday's meeting encourages the county's lobbyists to advocate for an increase in the cap on refugees to 100,000 Afghanis, increases resources to process immigration applications and to partner with private organizations and nonprofit organizations to help the refugees resettle here.