A North Carolina woman whose hands were trapped under her car Sunday night managed to use her toes to dial 911 on the side of a South Carolina highway.

The unnamed 54-year-old from Charlotte was changing her tire when the jack she was using slipped, crushing both her hands and pinning them between the tire and the fender.

"She was trapped alone on the side of the dark interstate, experiencing excruciating pain," Colleton County Fire-Rescue said in a statement. 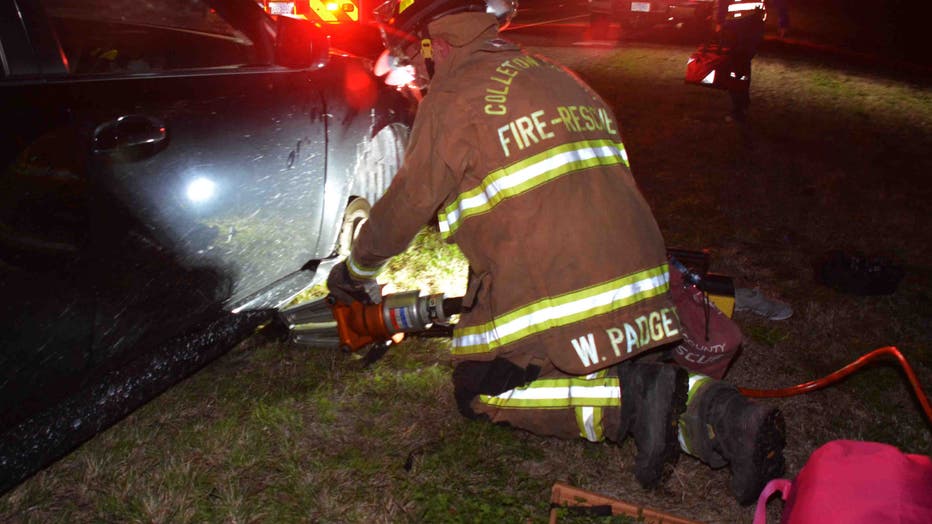 A North Carolina woman used outside the box thinking to save her life when her hands became trapped while changing a tire on the side of a South Carolina highway Sunday night. (Colleton County Fire-Rescue)

The woman had been traveling northbound on I-95 near mile marker 68 when the car suffered the flat tire and she was forced to pull over into the breakdown lane.

It took her roughly 35 minutes to take off her shoe and maneuver her toes to make the call. She told Colleton County Fire-Rescue she was trapped for about 45 minutes.

When fire rescue units arrived at about 6:45 p.m., and crews deployed a Holmatro Hydraulic Spreader to lift the car. 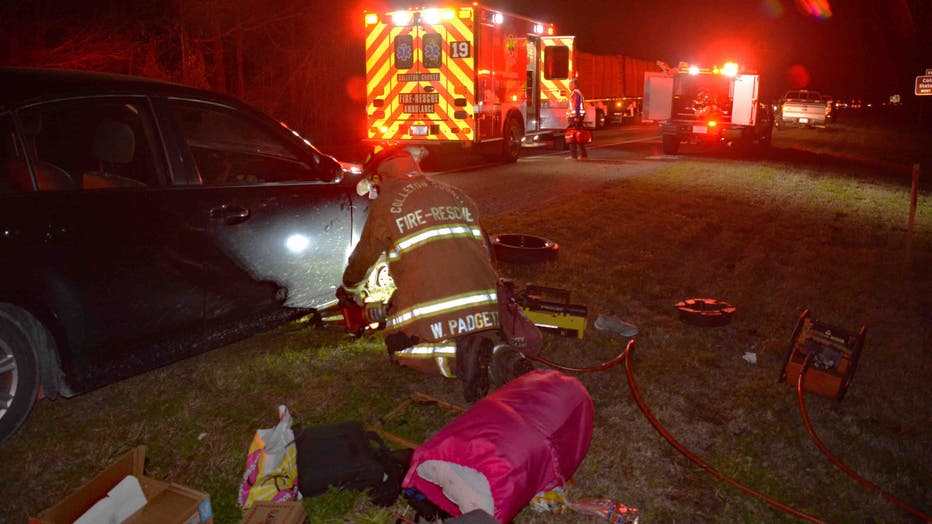 "This freed her other hand," the statement added. "She suffered severe damage to both hands and all fingers.“

She was transported to the Trauma Center at Trident Hospital for treatment. 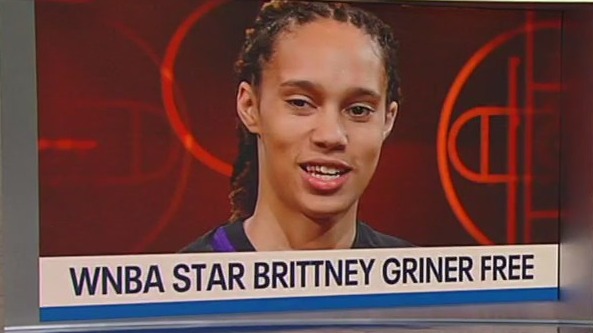