COLORADO SPRINGS, Co. (AP) - Robert Lewis Dear was reclusive, and he seldom spoke to neighbors in a desolate stretch of land in rural Colorado where he lived.

Now, it's his words that are drawing the most attention as police try to discern his motivations for a shooting attack they say he carried out Friday at a Planned Parenthood clinic in Colorado Springs that killed three people, including a police officer.

After his arrest, Dear, 57, said "no more baby parts," according to a law enforcement official, who could not elaborate and spoke on condition of anonymity because the official was not authorized to speak publicly about the ongoing investigation.

Planned Parenthood cited witnesses as saying the gunman was motivated by his opposition to abortion.

The attack thrust the clinic to the center of the debate over Planned Parenthood, which was reignited in July when anti-abortion activists released undercover video they said showed the group's personnel negotiating the sale of fetal organs.

Planned Parenthood has denied seeking any payments beyond legally permitted reimbursement costs for donating the organs to researchers. Still, the National Abortion Federation says it has since seen a rise in threats at clinics nationwide.

Vicki Cowart, the regional head of Planned Parenthood, said Sunday on ABC's "This Week" that the organization has faced hateful speech.

"I can't believe that this isn't contributing to some folks, mentally unwell or not, thinking that it's OK to -- to target Planned Parenthood or to target abortion providers," she said.

Anti-abortion activists, part of a group called the Center for Medical Progress, denounced the "barbaric killing spree in Colorado Springs by a violent madman" and offered prayers for the dead and wounded and for their families.

The Planned Parenthood facility in Colorado Springs provides women's health services and has long been the site of regular anti-abortion protests. The Rev. Bill Carmody, a Roman Catholic priest who has held weekly Mass in front of the clinic for 20 years, said Dear wasn't part of his group.

Neighbors described Dear, who is expected to make his first court appearance Monday, as reclusive. They said he stashed food in the woods, avoided eye contact and warned neighbors about government spying.

At a vigil Saturday at All Souls Unitarian Church, the Rev. Nori Rost called the gunman a "domestic terrorist." In the back of the room, someone held a sign that said, "Women's bodies are not battlefields. Neither is our town."

Cowart, of Planned Parenthood, drew a standing ovation when she walked to the pulpit. She promised to quickly reopen the clinic.

"We will adapt. We will square our shoulders and we will go on," she said.

After her remarks, a woman in the audience stood up, objected to the vigil becoming a "political statement" and left.

Cowart said the gunman "broke in" to the clinic Friday but didn't get past a locked door leading to the main part of the facility. She said there was no armed security when the shooting began.

He later surrendered to police after an hourslong standoff.

In the parking lot of the two-story building, one man said the gunman shot at him as he pulled his car out, blasting two holes in his windshield. Inside, one worker ducked under a table and called her brother to tell him to take care of her kids if she was killed.

At one point, an officer whispered reports into his radio as he crept through the building. Others relayed information from surveillance cameras and victims in hiding.

In the end, a six-year veteran University of Colorado police officer was killed. A man and a woman also died, Colorado Gov. John Hickenlooper said Sunday, without elaborating. A city official said the two would not be identified until after autopsies were performed Monday.

Nine other people were hospitalized, including five officers. Cowart said all 15 clinic employees survived and worked hard to make sure everyone else got into safe spaces and stayed quiet.

Cowart said the organization would learn from the attack. When asked if the clinic should have more security, she said the clinic's clients shouldn't have to walk through metal detectors.

The attack marked the latest mass shooting to stun the nation. It drew the now-familiar questions about a gunman's motives and whether anyone, from government to relatives, could have done anything to prevent an attack.

Those who knew the 6-foot-4-inch, 250-pound Dear said he seemed to have few religious or political leanings.

Neighbors who lived beside Dear's former South Carolina home say he hid food in the woods as if he was a survivalist and said he lived off selling prints of his uncle's paintings of Southern plantations and the Masters golf tournament.

John Hood said Saturday that when he moved to Walterboro, South Carolina, Dear was living in a doublewide mobile home next door. Hood said Dear seemed to be a loner and very strange but not dangerous.

He pointed to a wooden fence separating their land and said he put it up because Dear liked to skinny dip.

Hood said Dear rarely talked to him, and when he did, he tended to offer unsolicited advice such as recommending that Hood put a metal roof on his house so the U.S. government couldn't spy on him.

"He was really strange and out there, but I never thought he would do any harm," he said.

Dear also lived part of the time in a cabin with no electricity or running water in Black Mountain, North Carolina. He kept mostly to himself, his neighbors said. When he did talk, it was a rambling combination of different topics that didn't make sense.

He tended to avoid eye contact, said James Russell, who lived a few hundred feet down the mountain from Dear's cabin.

"If you talked to him, nothing with him was very cognitive," Russell said.

Other neighbors knew Dear, too, but they didn't want to give their names because they said they were scared of him.

Russell and others said the only companion they saw with him was a mangy dog that looked to be in such bad shape that they called animal control because they worried he was beating it.

Dear bought land about a year ago in the small town of Hartsel, Colorado, about 60 miles west of Colorado Springs, property records indicate.

Authorities on Saturday searched a small white trailer belonging to Dear located on land surrounded by the Rocky Mountains but found no explosives, another law enforcement official said.

The official, who has direct knowledge of the case, said authorities also talked with a woman living in the trailer. The official, who lacked authorization to speak publicly about the investigation, spoke on condition of anonymity.

Zigmond Post, who lives near Dear's trailer, said he didn't have many interactions with Dear but that Dear once gave him a pamphlet opposing President Barack Obama.

"He didn't talk about them or anything. He just said, 'Look them over when you get a chance,'" Post said.

Jamie Heffelman, owner of the Highline Cafe in Hartsel, said residents would occasionally see Dear at the post office to get his mail, but he never said much.

"Nobody really knows him. He stays to himself," she said. 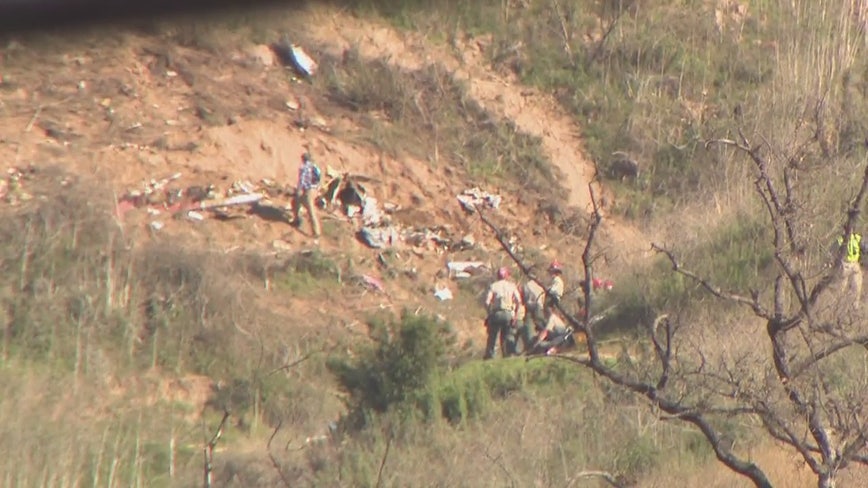