Everything you need to know about a pandemic as the coronavirus continues to spread.

WUHAN, China -  A baby born in China on Feb. 2 has reportedly become the youngest patient fighting the new coronavirus.

Just 30 hours after birth, the child was diagnosed with novel coronavirus, according to XinhuaNet, a state-run media outlet in China.

Medical officials said the child’s mother had been diagnosed with the virus before going into labor.

The newborn weighs 2.25 kilograms, which is equivalent to about 7 pounds. The child is in stable condition and remains under observation, state media reported.

Health officials believe the virus spreads from person-to-person contact. There has been no evidence of the illness being airborne.

A new 1,000-bed hospital was built in Wuhan in less than 10 days to combat the rapidly spreading illness. 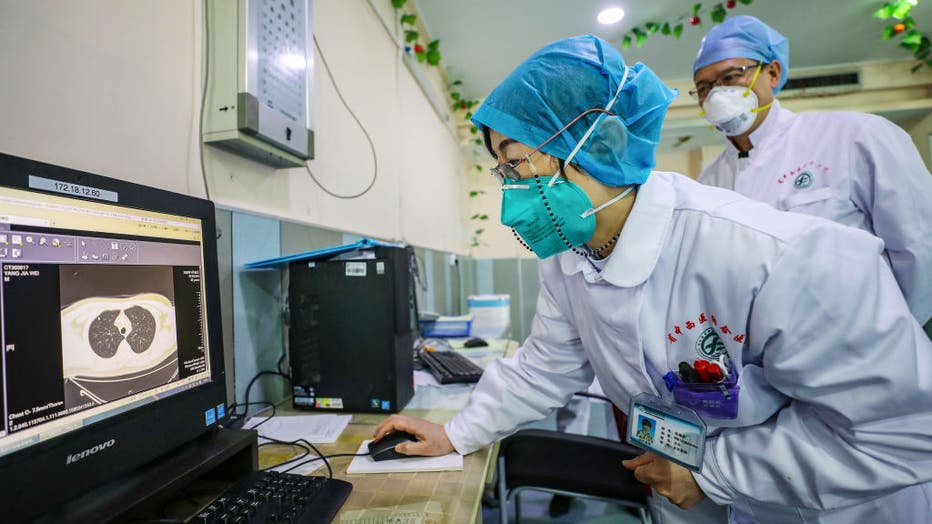 This photo taken on January 30, 2020 shows a doctor wearing a facemask looking at a lung CT image from a patient at a hospital in Wuhan in China's central Hubei province, during the virus outbreak in the city. - The World Health Organization declared (Photo by STR/AFP via Getty Images)

As of Wednesday, there have been nearly 500 deaths and 24,000 confirmed cases worldwide. The majority of the cases, with the exception of one death in Hong Kong and another in the Philippines, are in mainland China.

At least 12 cases of coronavirus have been confirmed in the United States, with the latest case in Wisconsin. Six are in California and two are in Illinois. Washington, Arizona and Massachusetts each have one case.

Japan said 10 people on a cruise ship tested positive for the new virus on Wednesday. They were among the 273 people tested after a man who got off the ship in Hong Kong was confirmed to have the virus.

Several airlines have suspended flights to the region and many countries have evacuated their citizens, including hundreds of Americans who arrived in California on Wednesday.

The World Health Organization declared the coronavirus outbreak as a global health emergency on Jan. 30.

This story was reported from Atlanta and Los Angeles.