LAPD shared grainy surveillance images showing what may be a murder suspect wanted in connection to a New Year's Day shooting in South LA.

LOS ANGELES - The months-long search continues for a murder suspect wanted in connection to the New Year's Day shooting in South Los Angeles.

Back on January 1, the Los Angeles Police Department responded to a call in the 1600 block of East Washington Boulevard. Upon arrival, officers found a man, later identified as Marcus Marshall, with a gunshot wound.

Marshall was pronounced dead at the hospital following the Jan. 1 shooting, LAPD said.

Fast-forward to October of 2022, LAPD released grainy surveillance images showing what may be the suspect wanted in connection to Marshall's death. 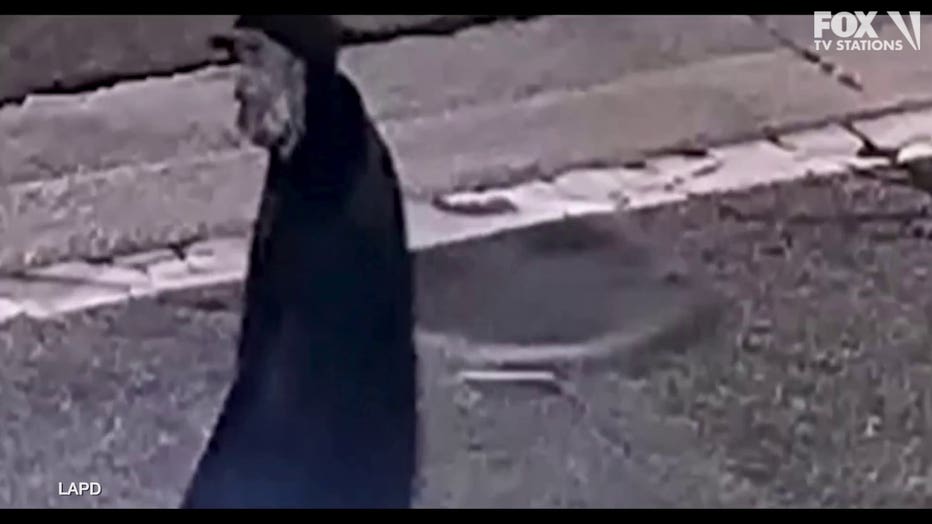 The suspect is described as a Black man, possibly in his 50s, with a thin build and standing at about 6-foot-6.