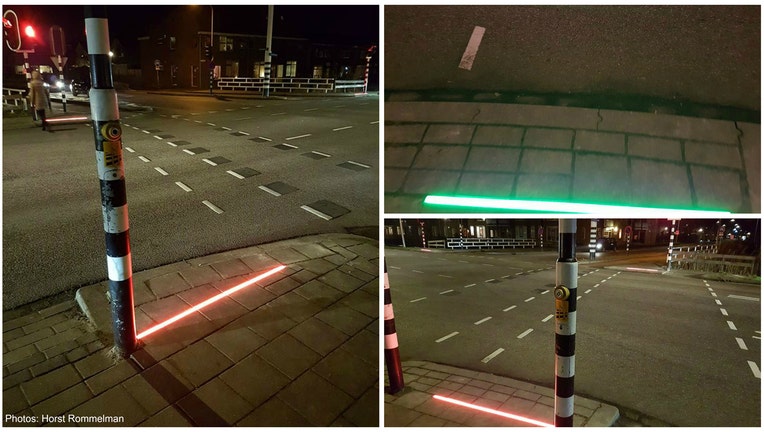 BODEGRAVEN, THE NETHERLANDS (Fox 32 News) - The Dutch town of Bodegraven is trying to make sure cell phone users don't get killed walking across the street.

The town has installed special lights that are embedded in the pavement at the curbs. Green means go, and red means stop. The lights are easily visible if you're slumped over a cell phone.

"We have observed that people increasingly use their smartphones in traffic and a research has shown that one of five bicycle accidents among the 12-18-year-old teenagers is caused by a smartphone," Bodegraven municipality traffic engineer Dolf Roodenburg told Reuters Television.

Some critics said that perhaps people should just be encouraged to put down their cell phones. The traffic engineer said that's just not realistic.