A mysterious illness in birds has caused severe diseases including crusted-over eyes, blindness, neurological issues and even death in Ohio and sections of the Northeast.

OHIO - Birds in Ohio are suffering from a mysterious illness that is causing severe disease and even death, the Preservation Parks of Delaware County announced last week.

"Signs of a mysterious illness that is causing crusted-over eyes, blindness, neurological issues, and even death is starting to show up in local birds," the Preservation Parks wrote on social media on June 15.

"Larger birds such as blue jays, starlings, robins, and grackles seem to be most noticeably affected, but other birds may be affected as well," the park continued.

Until the cause is determined, officials have removed bird feeders from their parks to avoid any possible spread if the issue does happen to be caused by individual contact with other birds. 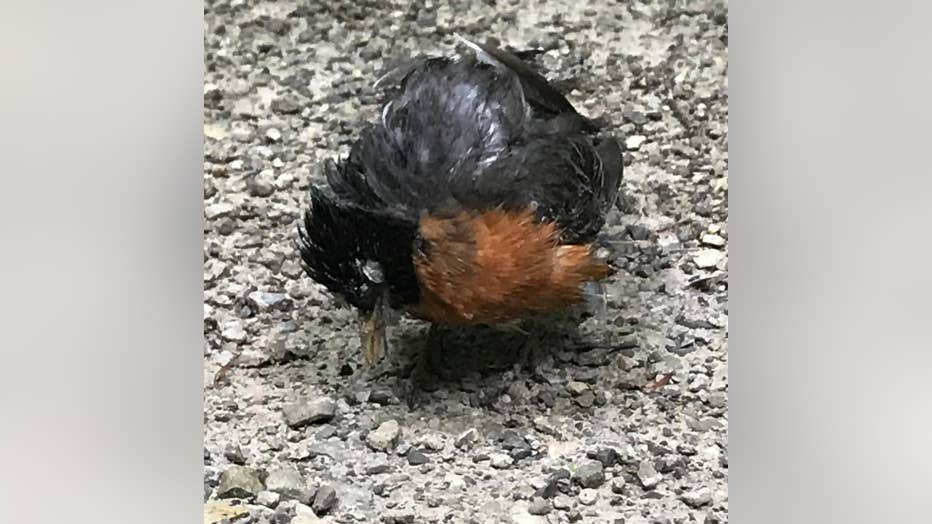 "Unfortunately there are too many unknowns at this point," a spokesperson with Preservation Parks told FOX Television Stations. "The disease was brought to our attention by a park visitor who shared her picture of the robin that we used in our Facebook post."

A spokesperson with the Ohio Wildlife Center told FOX Television Stations that its center has had several cases of patients with these conditions in the past several weeks.

Birds congregating at feeders and baths can transmit disease to one another. The United States Geological Survey recommends that the public in outbreak areas cease feeding birds until the wildlife mortality event has concluded. Residents should clean feeders and bird baths with 10% bleach solution, avoid handling birds if possible and keep pets away from sick or dead birds.

RELATED: 'Get outta there!': Woman films acrobatic bear balancing on porch to eat from bird feeder

If you encounter sick or dead birds, USGS suggests contacting your state or District wildlife conservation agency. If you must remove dead birds, place them in a sealable plastic bag to dispose with household trash.

USGS says additional information will be shared as diagnostic results are received.