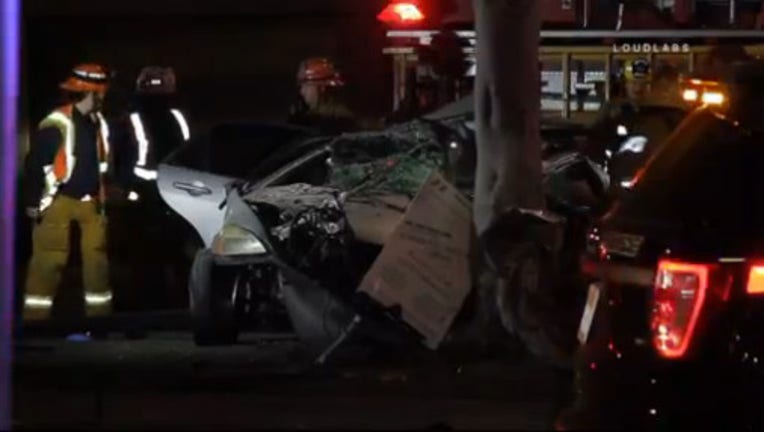 INGLEWOOD, Calif. - A 22-year-old motorist died and his four passengers were injured when their gray Honda Accord crashed into a tree in Inglewood, authorities said.

The crash occurred in the area of East Florence Avenue and North Market Street around 2:30 a.m. Sunday.

The Honda Accord was westbound on Florence Avenue when it struck a tree near Market Street, the Inglewood Police Department reported. 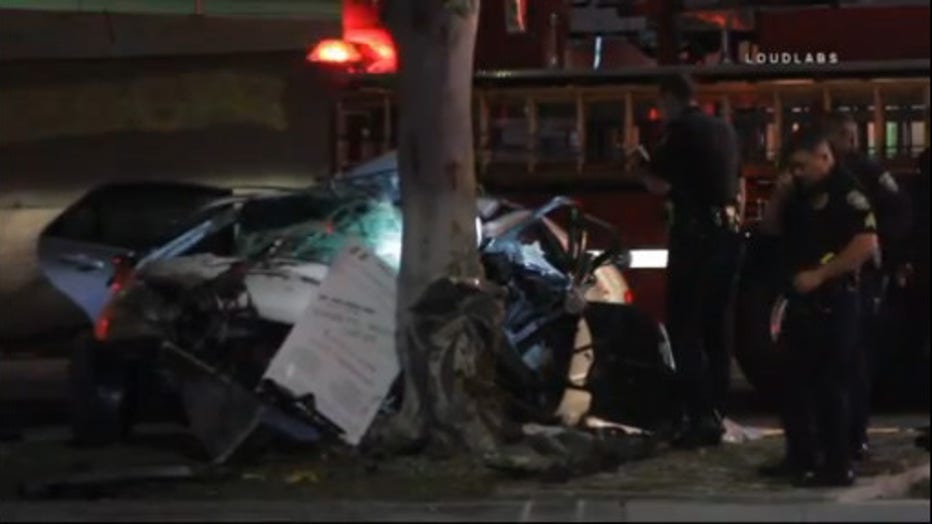 The driver, a Los Angeles resident, was pronounced dead at the scene. His passengers -- a 23-year-old man, two 20-year-old women, and an unidentified woman -- were transported to a local hospital with varying injuries, police said.

It was not immediately known if alcohol or drugs were factors in the crash.

The Inglewood Police Department's Traffic Division asked anyone who saw the crash to call 310-412-5134.