While the cause remains unclear, officials said Friday that many reports involve e-cigarette products that contain THC, the mind-altering substance in marijuana.

WASHINGTON (AP) - Health officials are recommending people who vape consider avoiding e-cigarettes while they investigate more cases of a breathing ailment linked to the devices.

While the cause remains unclear, officials said Friday that many reports involve e-cigarette products that contain THC, the mind-altering substance in marijuana.

Officials from the Centers for Disease Control and Prevention said they are looking at 215 possible cases across 25 states. All the cases involve teens or adults who have used e-cigarettes or other vaping devices. Symptoms of the disease include coughing, shortness of breath, chest pain, fatigue, nausea and vomiting.

The CDC and Food and Drug Administration warned the public not to buy vaping products off the street. And officials recommended people concerned about the health risks "consider refraining from using e-cigarette products."

Health and Human Services Secretary Alex Azar said in a statement the government is "using every tool we have to get to the bottom of this deeply concerning outbreak." 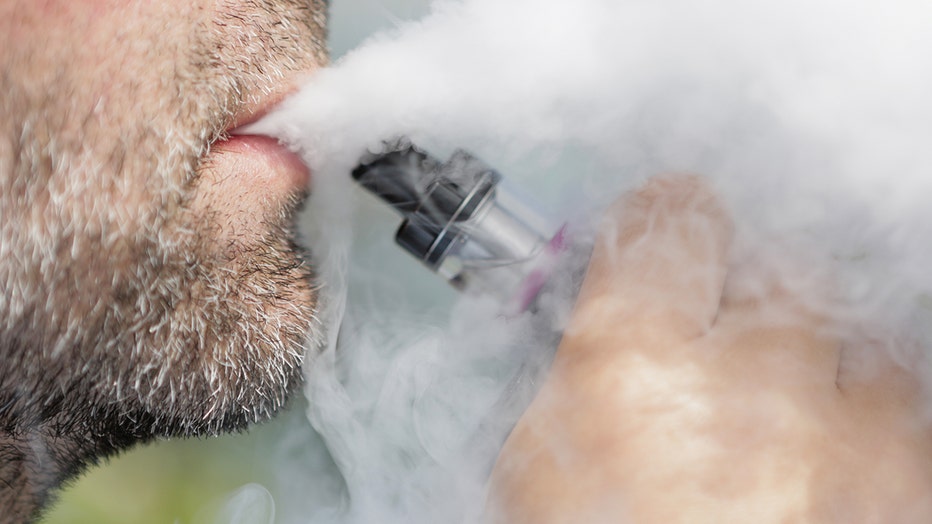 A man smokes an e-cigarette. Vaporizer devices like this, including those that contain THC, are causing an uptick in illnesses reported by users. (Lisa Ducret/picture alliance via Getty Images)

E-cigarettes generally heat a flavored nicotine solution into an inhalable aerosol. The products have been used in the U.S. for more than a decade and are generally considered safer than traditional cigarettes because they don't create all the cancer-causing byproducts of burning tobacco.

But some vaping products have been found to contain other potentially harmful substances, including flavoring chemicals and oils used for vaping marijuana, experts say.

The mysterious illness underscores the complicated nature of the vaping market, which includes both government-regulated nicotine products and THC-based vape pens, which are considered illegal under federal law.

Eleven states and the District of Columbia allow marijuana for recreational use. THC-based products in these regulated markets are generally inspected for quality and safety, but there is a largely unregulated gray market.

On Thursday, top health officials in the Trump administration reiterated warnings against marijuana use by adolescents and pregnant women, emphasizing the increasing potency of the drug.