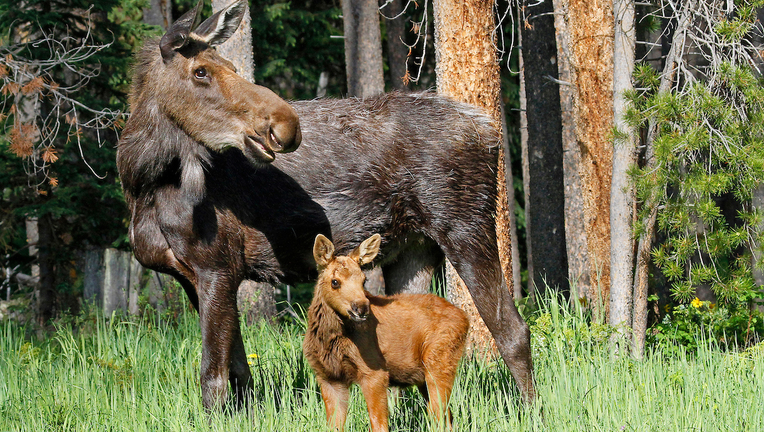 BRECKENRIDGE, Colo. - A female runner was injured when she came across a cow moose, believed to have been protecting her newborn, while running on a Colorado trail.

"The runner was focused on the trail and looking down at her feet," CPW District Wildlife Manager Jacob Kay said in a news release. "When she looked up, she saw the moose, which immediately charged her and eventually trampled her."

The woman received minor injuries but was able to hike and drive herself home, according to CPW officials.

Authorities said that given the runner reported seeing a newborn calf as she was leaving the area, they believe the cow moose was protecting her newborn calf.

Part of the trail is now closed and will be reopened at least through Wednesday for the safety of the public and wildlife.

"Hikers should choose routes with good visibility and be extra cautious, while also making noise when in close proximity to willows and thick habitat," officials added.