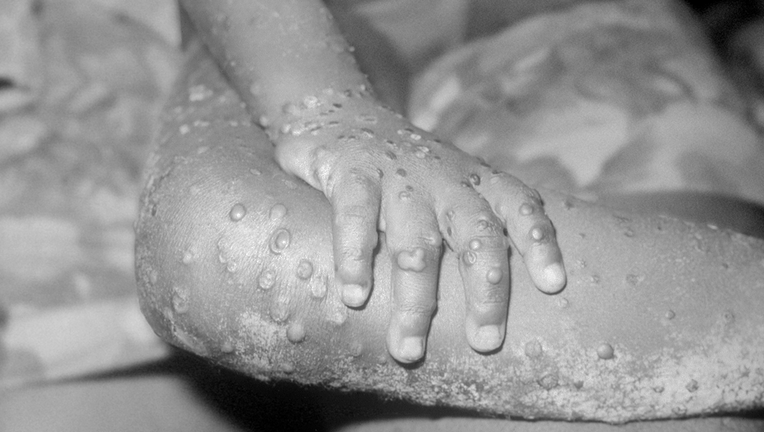 Monkeypox, A Member Of The Orthopox Family Of Viruses, Is An Infection Accidentally Transmitted To Humans Due To Its Similarity To The Smallpox Virus.(Photo By BSIP/UIG Via Getty Images)

SACRAMENTO, Calif. - The Sacramento County Division of Public Health on Tuesday said officials are investigating a case of monkeypox, which would make it the first known case in California.

The patient is isolating at home and is not in contact with any other people, the department said. The health department was notified by the patient's healthcare provider on May 21 about the case. And the results came back Monday.

More testing still needs to be conducted, the health department said, but based on symptoms, it seems like it is indeed a case, especially since the patient just returned home from Europe, where the virus has been documented.

"This case appears to be related to recent travel to Europe," Sacramento County Public Health Officer Dr. Olivia Kasirye said at a Zoom news conference. "Public Health is working with CDPH to conduct contact tracing, and risk to the general public is extremely low."

She said that to help the patient, the vaccine has to be ordered from the Centers for Disease Control and Prevention.

"And so we're working with the state and CDC to make that determination," Kasirye said. "The two types that are available. One is specific for smallpox and another one is a newer one that is specific for monkeypox."

This week, Dr. David Heymann, who formerly headed WHO’s emergencies department, told The Associated Press that the leading theory to explain the spread of the disease was sexual transmission at raves held in Spain and Belgium.

To date, WHO has recorded more than 90 cases of monkeypox in a dozen countries including Canada, Spain, Israel, France, Switzerland, the United States and Australia.

U.S. health officials said Monday they knew of one confirmed case, in the state of Massachusetts, and four probable cases — two in Utah, one in Florida and one in New York City. All were men who had traveled outside the U.S.

Germany has four confirmed cases linked to exposure at "party events ... where sexual activity took place" in Spain’s Canary Islands and in Berlin, according to a government report to lawmakers obtained by the AP.

Enrique Ruiz Escudero said authorities are investigating possible links between a recent Gay Pride event in the Canary Islands, which drew some 80,000 people, and cases at a Madrid sauna.

Monkeypox can be spread through close contact with an infected person or their clothing or bedsheets, but sexual transmission has not yet been documented.

Most people recover from the disease within several weeks without requiring hospitalization. Vaccines against smallpox, a related disease, are also effective in preventing monkeypox and some antiviral drugs are being developed. And Kasirye said that "the good news is that the virus is very readily killed by regular cleaning detergents."

Within one to three days after the appearance of fever, the patient develops a rash, often beginning on the face then spreading to other parts of the body.

The incubation period for monkeypox is usually 7−14 days but can range from 5−21 days. The illness typically lasts for two to four weeks.

The monkeypox cases so far have been mild, with no deaths reported.