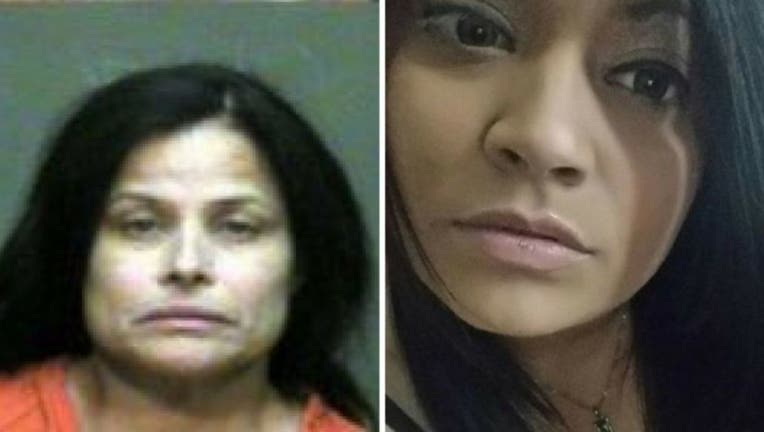 FOX NEWS - An Oklahoma City mom who fatally forced a crucifix and medallion down her daughter's throat because she thought the woman was possessed by the devil was convicted of first-degree murder Thursday.

Juanita Martinez Gomez, 51, was found guilty in the death of her daughter, Geneva Gomez, 33. The jury only deliberated for 20 minutes. Jurors recommended a sentence of life in prison without parole. Juanita Gomez did not display any emotion when the verdict was read, The Oklahoman reported.

"We think it was a just verdict," Suzanne Lavenue, the assistant district attorney, told the media after the trial. "It was an incredibly heinous murder. The victim suffered quite a bit before her life was ended. The crime scene was horrific. It was obvious that there'd been an extensive struggle all over the house."

Juanita Gomez said she punched her daughter multiple times and shoved a crucifix and medallion down her throat and watched her die. Police believe the murder occurred Aug. 27, 2016.

When police arrived at the scene, they found Geneva Gomez lying on the ground inside her mother's Oklahoma City home with her arms spread out as if she had been crucified. A large crucifix had been placed on her chest.

The medical examiner's office ruled Gomez died from "blunt force trauma to the face and head." She also had "puncture wounds to her throat and her hair had been pulled out," court documents stated.