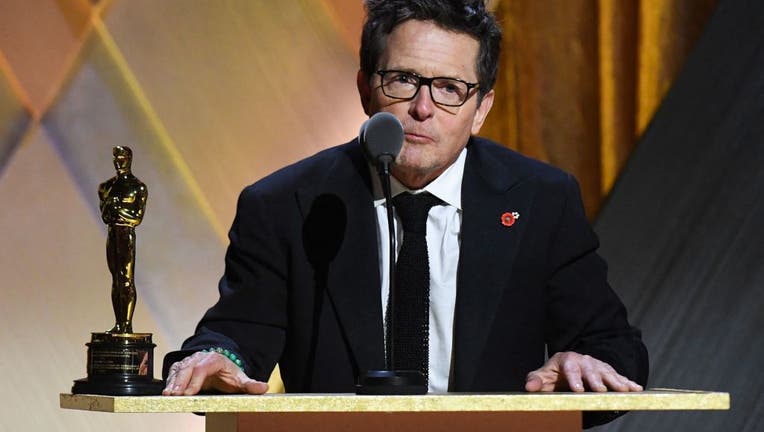 Michael J. Fox was given an honorary Oscar at the Academy of Motion Picture Arts and Sciences 13th Annual Governors Awards on Saturday.

The "Back to the Future" actor was presented with the Jean Hersholt Humanitarian Award for his advocacy work surrounding Parkinson's Disease. Fox famously founded the non-profit Michael J. Fox Foundation in 2000, which focuses on finding a cure for the disease from which Fox suffers.

Before taking the stage to give an uplifting and optimistic speech himself, Fox was presented the award by his good friend Woody Harrelson.

"Michael J. Fox sets the ultimate example of how to fight and how to live. And today, he is as beloved for his activism as he is for his acting," Harrelson shared with a crowd of A-listers.

Describing the decades-long relationship he has had with Fox, Harrelson was quick to note that Parkinson's Disease had become an intricate element of Fox's life - but not in the debilitating way one would think. 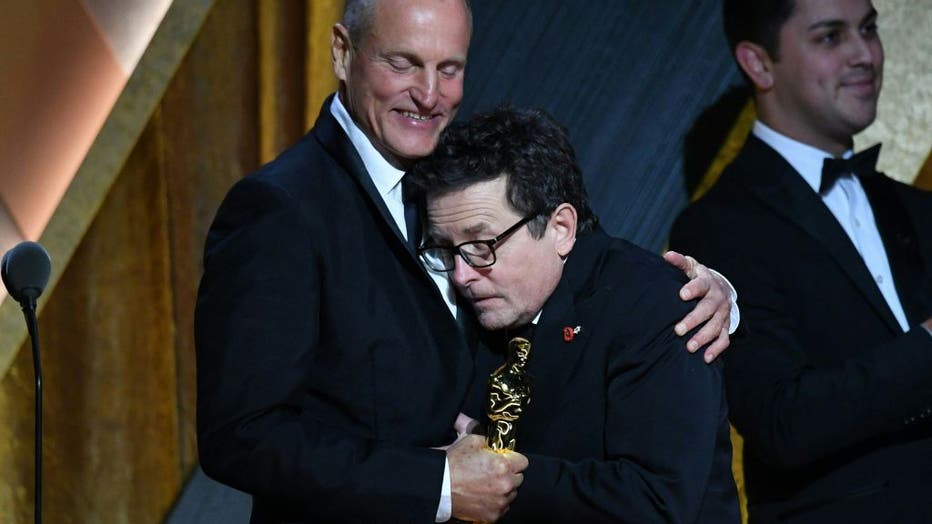 Honoree Canadian-American actor Michael J. Fox (R) is hugged by US actor Woody Harrelson as Fox arrives on stage to accept his award during the Academy of Motion Picture Arts and Sciences' 13th Annual Governors Awards in Los Angeles on November 19, 2

"Michael J. Fox never asked for the role: Parkinson's patient or disease advocate. But make no mistake, it is his greatest performance," Harrelson noted.

"Michael brought the world to the same place where we all feel invested in finding a cure for a cruel disease. Vulnerable: yes. A victim: never. An inspiration: always. And a living, breathing symbol and singular voice to help advance progress toward a cure," Harrelson said.

Harrelson relayed that Fox's foundation has already raised over a billion dollars for the ailment, saying that Fox's "immense talent is surpassed only by the depth of his courage and commitment to a cause."

Once he got on stage, the "Family Ties" actor was incredibly humble and grateful for the honor bestowed upon him, speaking at length about the opportunities he was given and name he has made for himself. 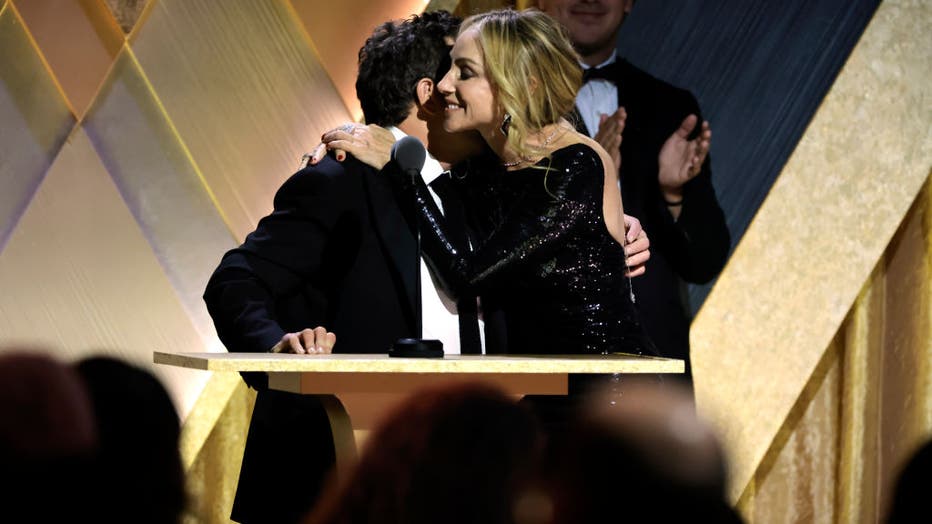 In the audience were his four children and wife of 34-years, Tracy Pollan, whom Fox thanked. "Tracy made it clear she was with me for the duration."

Before leaving the stage, Fox told the crowd, "I cannot walk and carry this thing," referencing his statue. "But I ask Tracy to once again carry the weight."

Pollan joined her husband on stage where they shared a kiss. 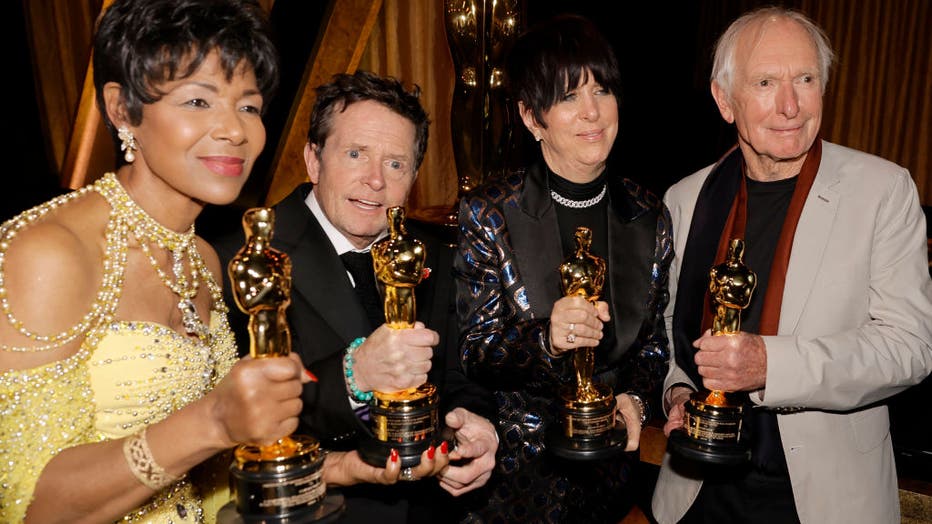