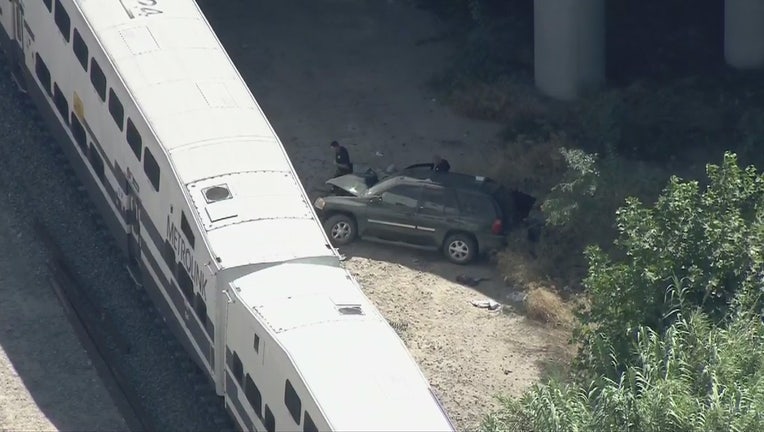 No one onboard the Metrolink Antelope Valley Line Train 216 was injured, according to authorities. The crash was reported just before 2 p.m. in the 14800 block of N. San Fernando Road.

The condition of the SUV driver is currently unknown.

RELATED: Woman struck and killed by Metrolink train in Sylmar

The incident comes just hours after a crash in Sylmar involving another Metrolink Antelope Valley Line train killed a woman in her 30s.

No further details about Tuesday afternoon's crash were immediately known. The cause of the crash is under investigation.