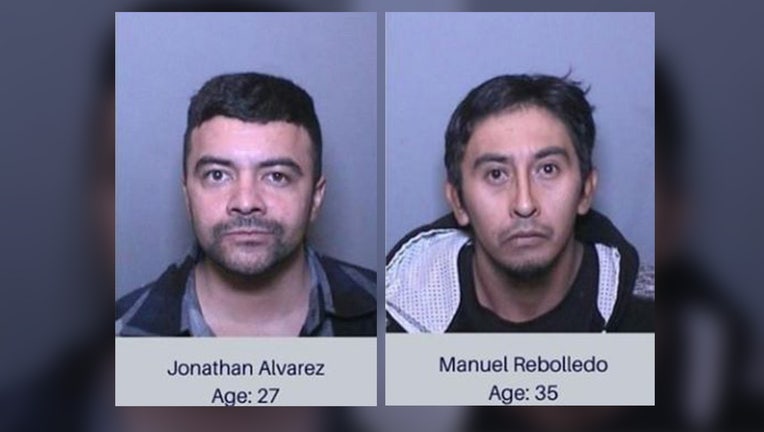 The victims involved elderly, out-of-state victims. Police say the victims were tricked by Manuel Rebolledo and Jonathan Alvarez into sending cash to what they thought was the Social Security Administration.

Officers intercepted a package with $36,000 cash and later discovered one of the victims had sent over $660,000 in cash to various locations over a two-month period.

Rebolledo and Alvarez were arrested by Brea police on Nov. 21. Authorities say the victim who sent the $36,000 will have her money returned to her.