WASHINGTON (AP) - “America the Beautiful” is this year's Christmas theme at the White House.

Melania Trump says it pays tribute to and showcases the “majesty" of the United States.

Ornaments on the official Christmas tree in the Blue Room — a towering Fraser fir from Shepherdstown, West Virginia — were designed by students from across the country who were asked by the National Park Service to highlight the people, places and things that make their states beautiful.

First responders and frontline workers, coping with a pandemic that has killed more than 266,000 people in the United States and infected more than 13 million others, are recognized with a tree and other decorations in the Red Room.

The annual gingerbread White House — more than 400 pounds (181 kilograms) of dough, gum paste, chocolate and royal icing — for the first time includes the Rose Garden, recently renovated by the first lady, as well as the First Ladies' Garden. 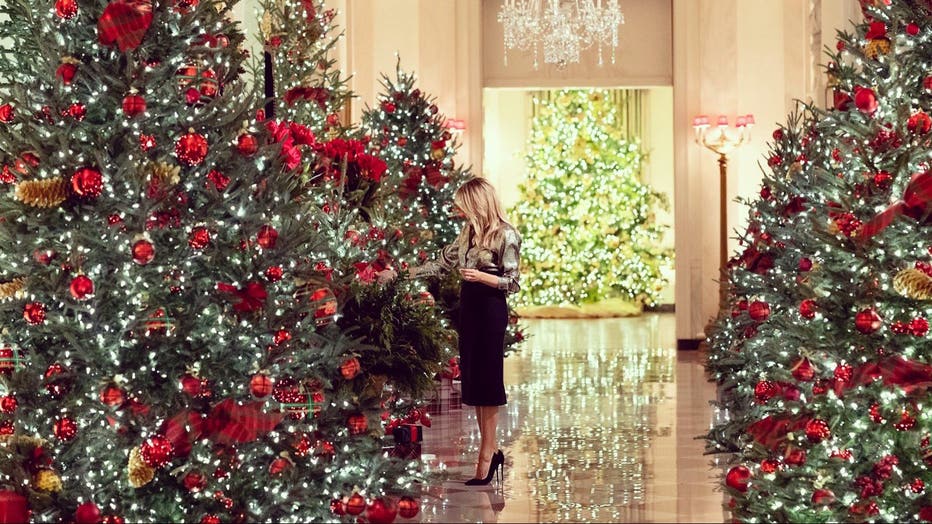 The White House led the news media on a tour of the decor on Monday before a reception for the volunteers. (Source: White House)

It's the final Christmas in the White House for the Trump family, although President Donald Trump continues to insist — despite evidence to the contrary — that he won the Nov. 3 election.

Volunteers from around the country helped decorate the executive mansion after Thanksgiving with 62 Christmas trees, 106 Christmas wreaths, more than 1,200 feet (366 meters) of garland, more than 3,200 strands of lights and 17,000 bows. The White House led the news media on a tour of the decor on Monday before a reception for the volunteers. 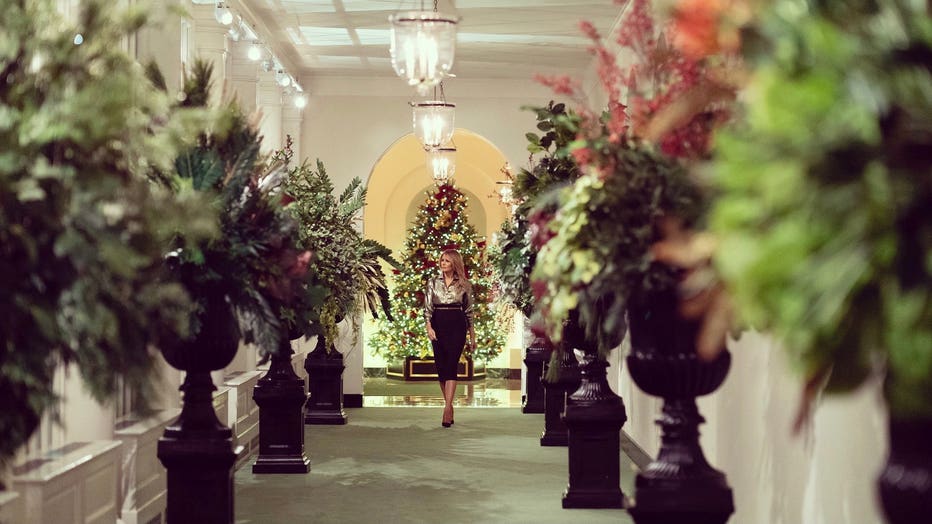 It's the final Christmas in the White House for the Trump family. (Source: White House)

“Over the past four years I have had the honor to travel to some of our nation’s most beautiful landmarks and meet some of the most compassionate and patriotic American citizens," the first lady said in a written statement. “From coast to coast, the bond that all American’s share is an appreciation for our traditions, values, and history, which were the inspiration behind the decorations this year.”