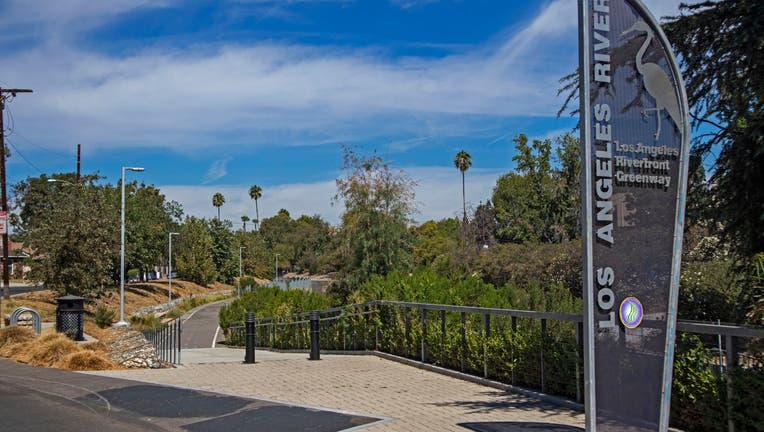 (Photo by: Citizen of the Planet/UIG via Getty Images)

LOS ANGELES - Los Angeles Mayor Eric Garcetti announced the city will receive more than $3.5 million to create multi-use pathways and make improvements to the ecosystem along the Los Angeles River.

"The Los Angeles River is central to our city's history, and our investments now will ensure that it's a natural treasure far in the future,''
Garcetti said.

The grant money will help the city create 2.2 miles of pedestrian, cyclist and equestrian access, and support the river's wildlife habitat.

Garcetti's office said there are two state grants that make up the total. The first secures $2.2 million from the California Natural Resources
Agency for the city's Bureau of Engineering for a multi-use path along the North Atwater East Bank Riverway, between Los Feliz Boulevard and the 134 Freeway.

This will connect pathways to the North Atwater Multi-Modal Bridge, the future bridges over the Verdugo Wash and the banks of the river between the Glendale RiverWalk and Ferraro Fields.

The second grant is for $1.35 million from the California Wildlife Conservation Board to support wildlife habitat within 4.5 miles of the river
and will fund a new proposal for infrastructure improvements that will help increase fish populations and foster a more diverse, robust ecosystem in the channel, the mayor's office said.

"The Los Angeles River is our gem, one with tremendous potential to bring a wonderful resource and vibrancy to our communities,'' Councilman Gil Cedillo said. "These grants help us move forward on our continued quest to build a more accessible, equitable and sustainable future for our residents in the city of Los Angeles.''