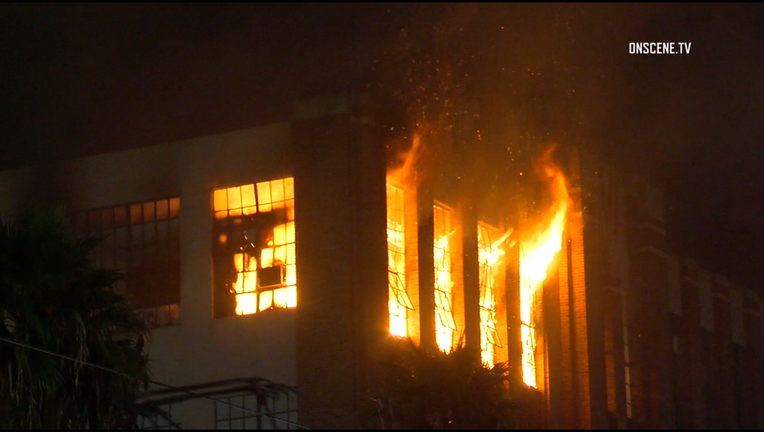 LOS ANGELES (CNS) - It took 97 firefighters 32 minutes Monday to put out heavy flames on the top floor of a four-story commercial building in the Fashion District in Downtown Los Angeles, authorities said.

Firefighters began their battle from outside the building -- rather than from the interior, which is preferred as much more effective -- due to large flames and heavy heat, Bastman said. They were able to enter the building to continue the fight after the bulk of the fire was reduced.

No injuries were reported, she said. The cause of the fire and the value of the loss were being investigated.

Metro Rail service on Washington Boulevard was temporarily shut down due to the fire, Bastman said.