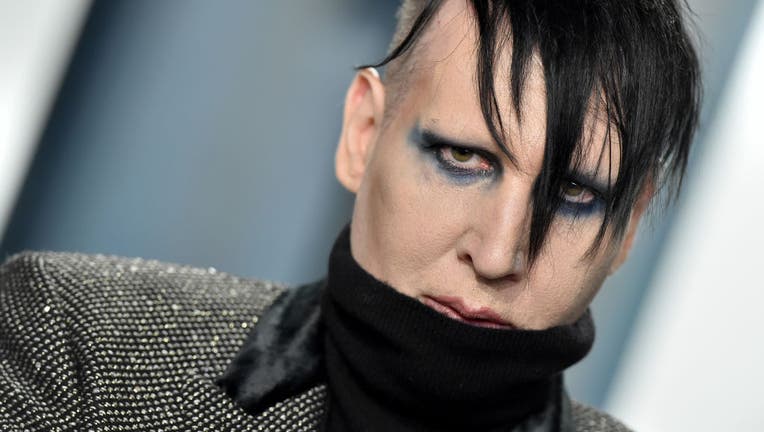 Marilyn Manson has agreed to turn himself in on an active arrest warrant over an alleged incident at a 2019 concert in which the rocker allegedly shot "snot" at a cameraperson, a New Hampshire police chief said.

Fox News has confirmed that Manson will turn himself in on the warrant in Los Angeles.

In May, it was revealed that a warrant for Manson, whose real name is Brian Hugh Warner, was issued in Gilford, New Hampshire, after the musician allegedly failed to answer to pending charges for a 2019 incident involving a videographer.

It was issued for two counts of Class A misdemeanor simple assault.

An arraignment could be scheduled by mid-August depending on when the 52-year-old turns himself in, authorities said. He does not have to be present for the appearance.

A rep for Manson did not immediately respond to Fox News' request for comment.

Police told Fox News in May that Manson was performing a concert at the Bank of New Hampshire Pavilion on Aug. 18, 2019, when the alleged simple assaults occurred.

Authorities explained that in New Hampshire, arrest warrants can be issued by bail commissioners and thus, the initial assault report was investigated and an arrest warrant affidavit was prepared by the investigating officer.

The affidavit was then presented to a bail commissioner and reviewed for probable cause – which police said they found through their investigation and an arrest warrant was issued on Oct. 8, 2019.

Police have not released the name of the videographer, but authorities previously relayed to Fox News that the video person was subcontracted by a local company to film the concert and had been located in the stage pit area when the alleged assaults occurred.

Manson’s attorney, Howard King issued a statement to Fox News at the time, calling allegations from showgoers to People magazine that Manson "shot snot" out of his nose, "ludicrous."

"It is no secret to anyone who has attended a Marilyn Manson concert that he likes to be provocative on stage, especially in front of a camera," the statement read. "This misdemeanor claim was pursued after we received a demand from a venue videographer for more than $35,000 after a small amount of spit came into contact with their arm. After we asked for evidence of any alleged damages, we never received a reply."

Added King: "This whole claim is ludicrous, but we remain committed to cooperating with authorities, as we have done throughout."

One of the concertgoers alleged to People that Manson had no regard for the cameraperson when he allegedly carried on spitting at the photog during the performance.

"He was spitting everywhere and one time it got on her camera so she wiped it off and looked semi-irritated. He noticed this and kept purposely spitting on her camera," the supposed attendee claimed. "I think her final straw is he got on the floor, got within 2-3 feet of her and hacked a giant snot rocket at her not the camera. She was pissed off and disgusted so she stormed off and he just laughed."

Manson is also facing separate allegations of rape and abuse from other women.