A large brush fire that officials called the Mann Fire ignited in the City of Norco in Riverside County.

The Mann Fire burning in the city of Norco was 100% contained Friday, CAL FIRE Riverside said. The fire burned 180 acres.

All firefighters and resources have been released from the incident.

Mandatory evacuation orders were in place after a brush fire, being called the "Mann Fire," broke out in the city of Norco in Riverside County amid strong winds and above-average temperatures the morning of Super Tuesday, fire officials said.

The fire was first reported just after 9:50 a.m. at the Santa Ana Riverbottom near California Avenue and Grulla Court. The blaze was initially estimated to be between 10 to 15 acres.

By 6 a.m. Wednesday., the fire had grown to 175 acres and was 35% contained. Firefighters were able to stop the progression of the fire just before 4 p.m.Tuesday. 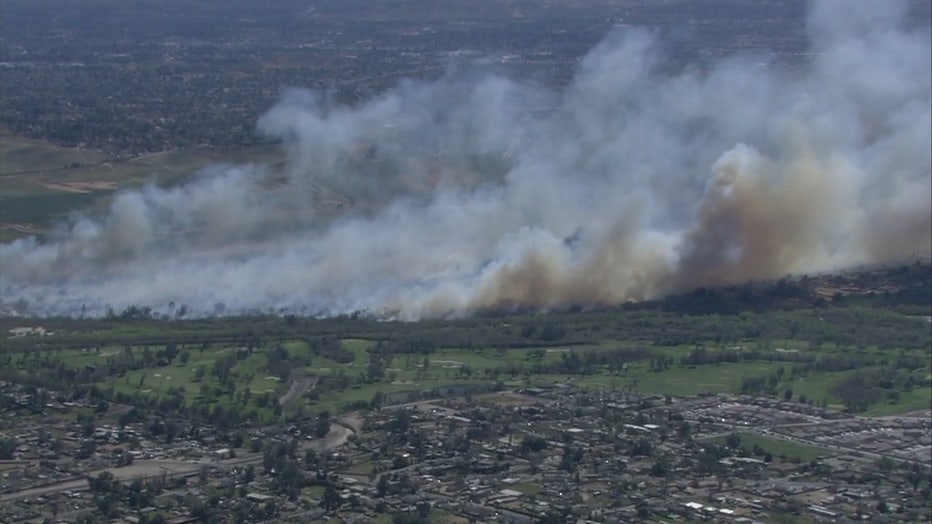 • Areas north of North Ave from Crestview to California

• All westbound traffic going to Norco at Arlington Avenue at Fairhaven Drive.

• All eastbound traffic on Arlington Avenue at Crestview Drive coming to Riverside,