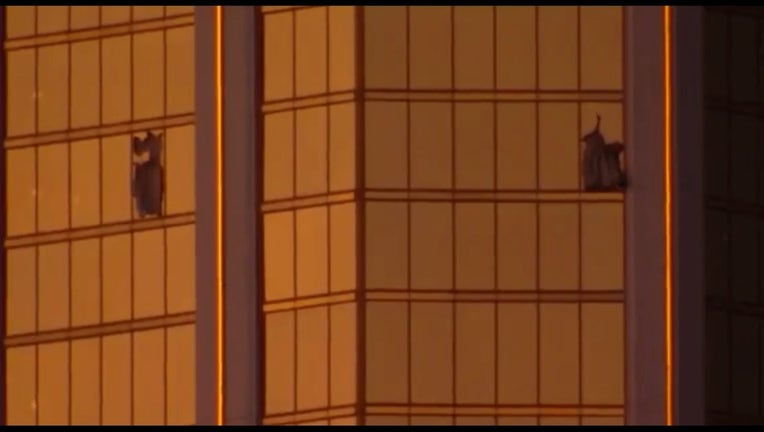 (FOX NEWS) - A Mandalay Bay hotel security guard who ran into Las Vegas gunman Stephen Paddock ahead of the Oct. 1 massacre is being hailed a hero after he took the shooter's first bullet, potentially saving lives ahead of the deadliest mass shooting in modern U.S. history.

Jesus Campos, a security guard at the Mandalay Bay Resort and Casino, was shot by Paddock six minutes before he began shooting into a crowd of 22,000 people enjoying the country music festival down below, Las Vegas Metropolitan Police Department Sheriff Joe Lombardo said in a news conference Monday evening.

Campos was responding to an alarm going off in the hotel and ventured off to find the source when he came across the sound of drilling.

The security guard told investigators that Paddock was drilling to an adjacent wall in the hallway -- most likely to install a camera or to point a rifle -- but never finished the job.

Lombardo said the alarm that went off was not connected to Paddock's room.

At 9:59 p.m., Campos was shot in the leg after Paddock reportedly fired 200 shots into the hallway. Paddock began shooting into the crowd six minutes later, contradicting original reports that Campos' arrival is what stopped Paddock's mass shooting.