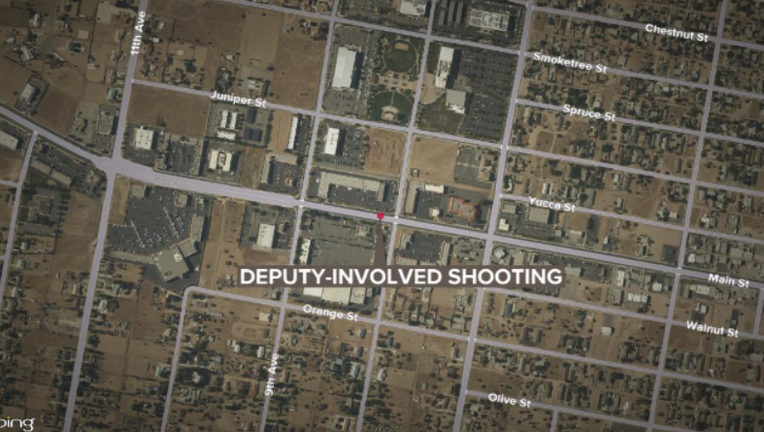 HESPERIA, Calif. - A man who was wanted in connection to an attempted murder investigation was shot and killed by a deputy after he tried to use a machete and a rifle in Hesperia on Monday afternoon.

The San Bernardino County Sheriff's Department responded to a call from a parking lot in the 15700 block of Main Street in Hesperia. Upon arrival, officers approached a 33-year-old man suspected of multiple crimes, which includes attempted murder, residential robbery and assault with a deadly weapon.

When deputies told the man to get out of a vehicle, he moved from the passenger's seat to the driver's seat and rammed into the deputies' cars.

Following the crash, the suspect got out of the vehicle with a machete. Deputies at the scene fired nonlethals at the suspect, causing him to drop the machete.

After dropping the machete, he then tried to use a rifle before a deputy opened fire, killing the suspect.

Officials have not released the deceased man's identity. Deputies did not specify which attempted murder investigation he was wanted for.