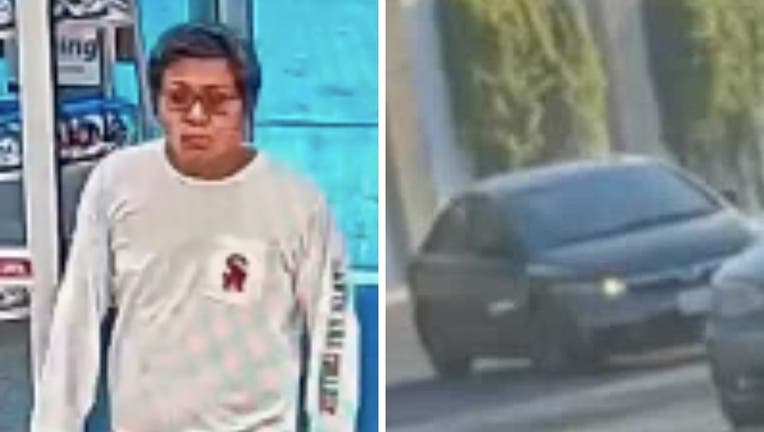 SANTA ANA, Calif. - Authorities are searching for a man accused of recording up a woman's skirt at a store in Santa Ana, according to police.

The victim was at a local arts and crafts supply store when she felt someone touch the bottom of her right leg, authorities said. When the victim looked down, she saw a man using a cell phone to record up her skirt. She yelled at him, police said, and the suspect ran out of the store and into a gray Honda Civic.

The suspect was caught on camera, as well as the suspect's vehicle.

Anyone with information is asked to call the Santa Ana Police Department.