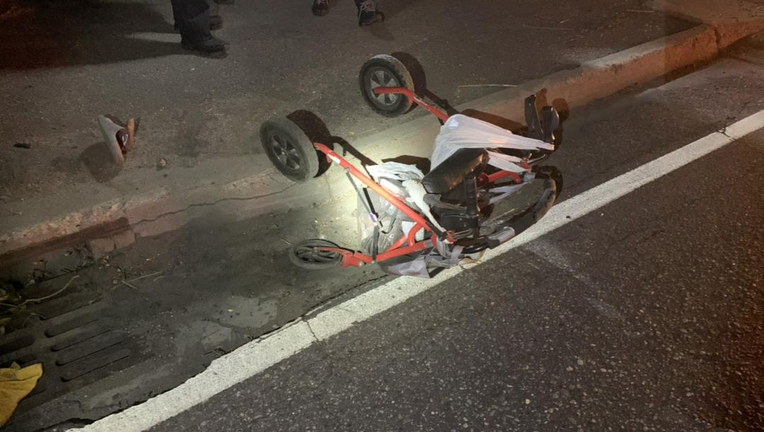 A picture of the victim's walker. (Credit: Wheaton Ridge Police)

WHEAT RIDGE, Colo. - Authorities in Colorado said an unidentified 56-year-old man has died after tripping and falling into the street with his walker, and a driver hit him before taking off.

"Witnesses say a man using a walker tripped while walking on the sidewalk along Kipling and fell into the street," authorities posted on Facebook. "As a passing motorist exited his vehicle to help the victim, another vehicle struck the man who had fallen and continued driving."

The man was taken to a hospital in critical condition. Authorities announced on Saturday that he had passed.

"We are working to gather traffic camera and other video from the area where this occurred Thursday night (September 29th) in an attempt to locate the vehicle that fled," authorities said.

"And please keep this man’s friends and family in your thoughts as they grieve this terrible loss," they added.