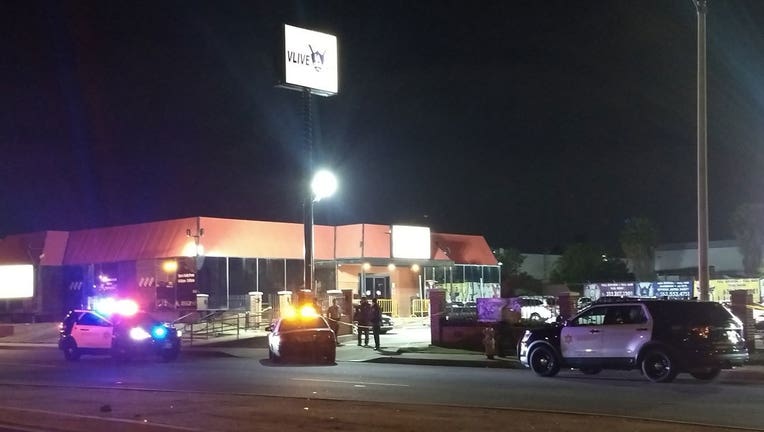 CARSON, Calif. (FOX 11) - A man was fatally shot in a strip club in Carson Wednesday morning.

Deputies responded to the 1900 block of East Del Amo Boulevard around 12:20 a.m. When they arrived, they found the wounded man in a parking lot, according to the Sheriff's Information Bureau.

The 39-year-old man was taken to a hospital, where he was pronounced dead, Deputy Trina Schrader said. Authorities withheld his name, pending family notification.

A detailed description of the shooter was not immediately available.