IOWA CITY, Iowa - A supporter of former President Donald Trump has pleaded guilty to felony charges for firing his handgun into a carful of Black girls who were arguing with pro-Trump agitators near the Iowa Capitol last December, injuring one.

Michael McKinney, 26, pleaded guilty Wednesday to intimidation with a dangerous weapon and willful injury, charges that each carry up to 10 years in prison. He's expected to receive a prison term at his Aug. 9 sentencing, but the parole board may determine how long he actually serves.

Under a plea agreement that a prosecutor called "generous," the state will dismiss four charges including attempted murder and won't seek sentencing enhancements that would require McKinney to serve a mandatory minimum of five years on each count before becoming eligible for parole.

McKinney, an Army veteran and resident of Saint Charles, Iowa, admitted that he intentionally fired into the girls’ vehicle, "causing the occupants to fear serious injury from my action." He acknowledged that one of the girls, 15, was shot in the leg and seriously injured. 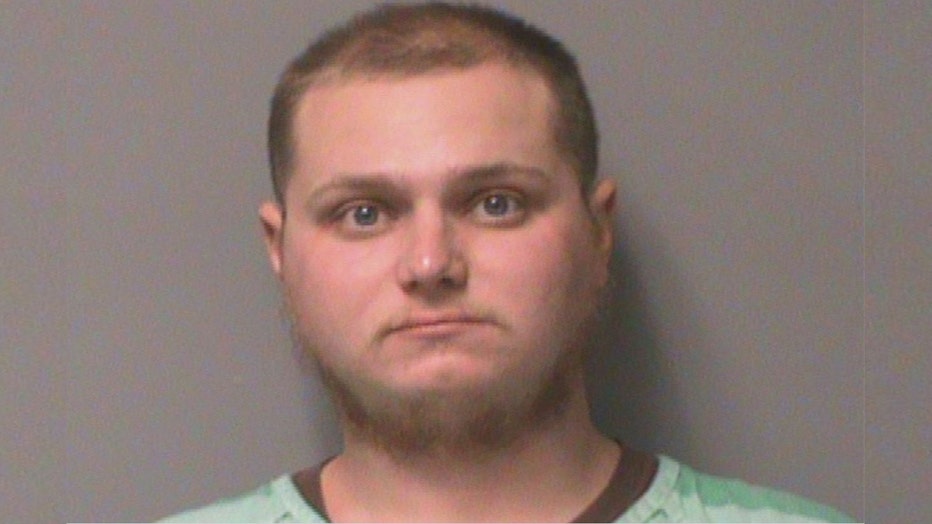 His trial had been scheduled for Monday and McKinney had been expected to argue he fired in self-defense after the girls’ car backed into a Trump supporter’s pickup truck.

McKinney was wearing body armor and heavily armed when he participated in a pro-Trump parade of slow-moving vehicles through Des Moines on Dec. 6. Police say he had a pistol, another firearm in his vehicle and was carrying two loaded magazines.

A car carrying four Black teenage girls began following the caravan as it passed through the heavily Democratic city, with occupants trading epithets with Trump supporters.

A confrontation broke out between the teenagers and the much larger group of Trump supporters at a Capitol parking lot. Witnesses and the teen driver’s mother say the clash included racial and political taunts on both sides.

Trump supporters surrounded the girls' car, yelling and honking horns, so the driver put the car in reverse and struck a pickup. Bystander video shows McKinney pulling a handgun from his waistband and firing into the car from 15 feet (4.5 meters) away.

The girl who was shot had been arguing with the crowd through the vehicle’s sunroof.

Authorities downplayed the political and racial context of the shooting, saying it grew out of a traffic dispute. The rally had been sponsored by Women for America First, the pro-Trump group that later hosted the Jan. 6 rally in Washington, D.C., before the Capitol insurrection.

Trump supporters blasted authorities for charging McKinney, arguing that his shot protected rallygoers by scaring the car away and noting that McKinney frequented pro-police "Back the Blue" rallies.

Assistant Polk County Attorney Olubunmi Salami pushed McKinney to accept the plea deal, which he noted in a filing would drastically reduce his prison sentence. Had McKinney been convicted on all counts at trial, he would have been required to serve 32 years behind bars. McKinney’s lawyer can argue at sentencing that whatever prison terms he receives on each count should run concurrently.