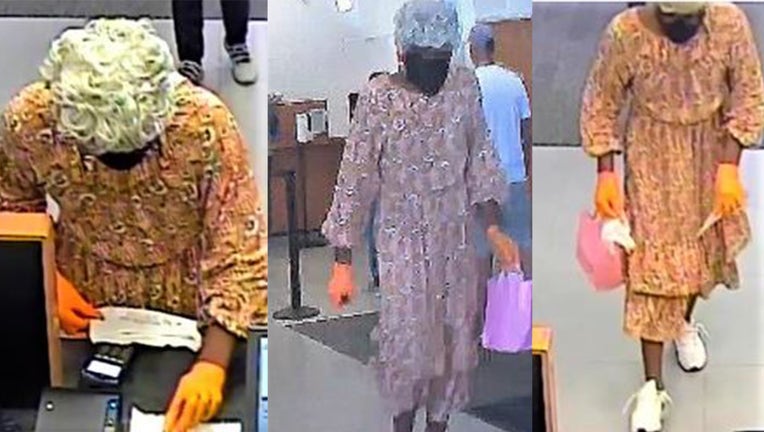 MCDONOUGH, Ga. - McDonough police say they are searching for a suspect who robbed a bank disguised as an old woman on Jonesboro Rd.

Officers say the incident happened on Monday at the Chase Bank at 323 Jonesboro Rd.

The suspect, who officers say was a 6-foot-tall slender man, was caught on camera disguised as a woman wearing a floral dress, white sneakers, orange latex gloves, a white wig, and black neck gator-like face mask.

"The suspect entered into the bank and presented a note demanding money. The suspect told the teller he had a gun. After receiving the money he left the bank," authorities said.

Officials say the suspect was last seen fleeing from the bank in a newer model, small white SUV that could possibly be a Lexus.

At this time, officers have not been able to identify a license plate number, or the amount of money that was stolen, as an investigation is undergoing.