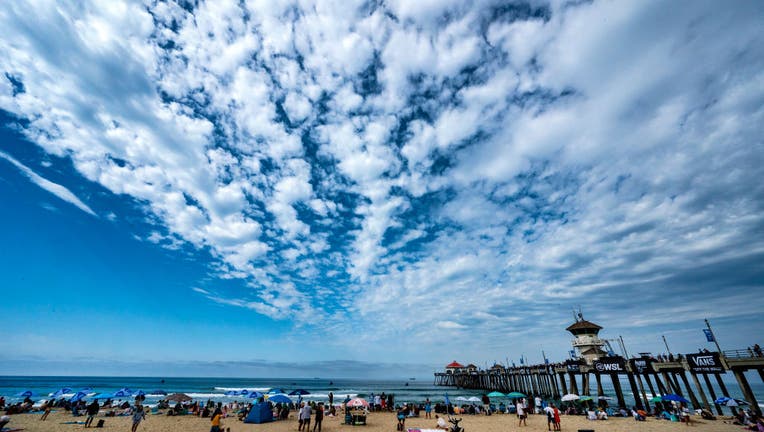 HUNTINGTON BEACH, Calif. - A 44-year-old man died from injuries he suffered when he jumped with a woman off the Huntington Beach Pier, a city spokeswoman said Monday.

The man, who was identified by Orange County Sheriff's Department authorities as Fenton Dee III of Norwalk, leapt off the pier Sunday evening with a 36-year-old woman, who was able to make it back to shore without injury, said Jennifer Carey, a spokeswoman for Huntington Beach.

Police were dispatched at 6:30 p.m. to respond to reports the two jumped off the pier, Carey said.

Surfers pulled Dee ashore, Carey said. He was rushed to Hoag Memorial Hospital Presbyterian in Newport Beach, where he was later pronounced dead.

Authorities are not clear on what prompted the duo to jump into the ocean, but it appears they did it for fun, Carey said.

Officials warn against jumping off the pier.

"The ocean conditions are constantly changing based on tides, surf conditions, and time of the year," Marine Safety Division Chief Eric Dieterman said. "Due to these changing conditions, and the 40-45-foot pier height, pier jumping is prohibited."