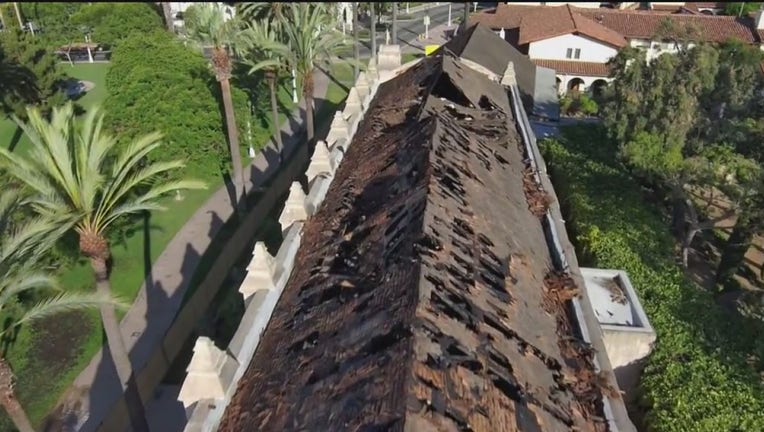 SAN GABRIEL, Calif. - Authorities say a man has been detained for questioning on a fire that ripped through the historic San Gabriel Mission, officials said Wednesday. The man was also arrested on another unrelated charge.

Police said he was arrested earlier in the week in nearby Alhambra.

Authorities were expected to release additional details regarding the individual being detained sometime Wednesday evening.

On the morning of July 11, a four-alarm fire at the historic San Gabriel Mission demolished the 249-year-old structure's wooden roof and much of its interior.

Archbishop José H. Gomez invited members of the congression and the public to support the Mission San Gabriel Restoration Fund, "so we can preserve this part of history and honor our missionary calling," he said.

Firefighters have not released any information as to what caused the fire.