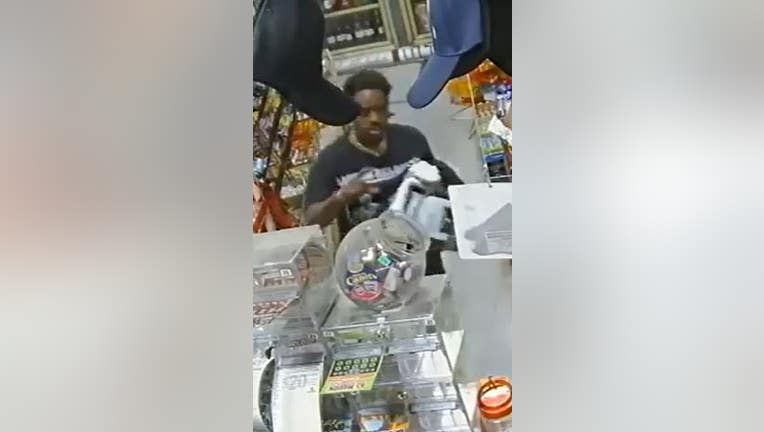 LONG BEACH, Calif. - A 33-year-old man has been charged with the killing of a liquor store employee who was thrown from the hood of a car in Long Beach after hanging on for about three blocks.

Jamal "Mookie" Darby of Los Angeles is set to be arraigned Friday in a Long Beach courtroom on one count each of capital murder and second-degree robbery in connection with Victor Talavera's July 23 death, according to the Los Angeles County District Attorney's Office.

Prosecutors will decide later whether to seek the death penalty against Darby, who is also facing a special-circumstance allegation of murder during the commission of a robbery.

Talavera, who worked at a liquor store in the 300 block of West Anaheim Street, allegedly tried to prevent Darby from taking items from the business, according to Long Beach police.

"In his efforts to stop the thief, he climbed on the hood of the suspect's vehicle," according to a Long Beach Police Department statement. "The suspect drove with the pedestrian on the hood for approximately three blocks before maneuvering the vehicle to get the pedestrian off the hood."

The 57-year-old store employee, a Long Beach resident, fell onto the eastbound lanes of Anaheim Street, police said. He died at the scene.

Police subsequently released videos of the suspect and his vehicle, which they described as a gray or silver four-door sedan.

Darby was arrested Wednesday near his home while driving the car that detectives believe was used in the crime, and the vehicle was impounded to be processed for evidence, according to Long Beach police.

He has remained behind bars on $2 million bail since his arrest, according to jail records.