Note saves woman's life after threat with a gun

CLEARWATER, Fla. - A woman's alleged abuser is behind bars after deputies said a quick-thinking store clerk took action to help her. According to the Pinellas County Sheriff's Office, the victim slipped a note to the clerk, saying she was in trouble.

A short time later, 37-year-old Mark Frumosu was arrested. However, just hours before deputies said this woman went through a terrifying ordeal and said at one point, she was held at gun point.

Domestic violence victim advocates are applauding her for her courage, and the deputies and store clerk for their quick action.

"So brave of the survivor and so brave of the retail associate to step in and help," The Spring of Tampa Bay President Mindy Murphy said.

A five-page arrest affidavit details the moment when the complete stranger saw the woman in trouble and without hesitation acted fast to help.

It all started Tuesday afternoon when deputies conducted a traffic stop near US 19 North and Evans Road in Clearwater to check on the driver. The arrest affidavit said "a note was given to a store clerk that the driver needed help and to call cops". It goes on to say "information was received the defendant was inside the vehicle and had outstanding warrants." 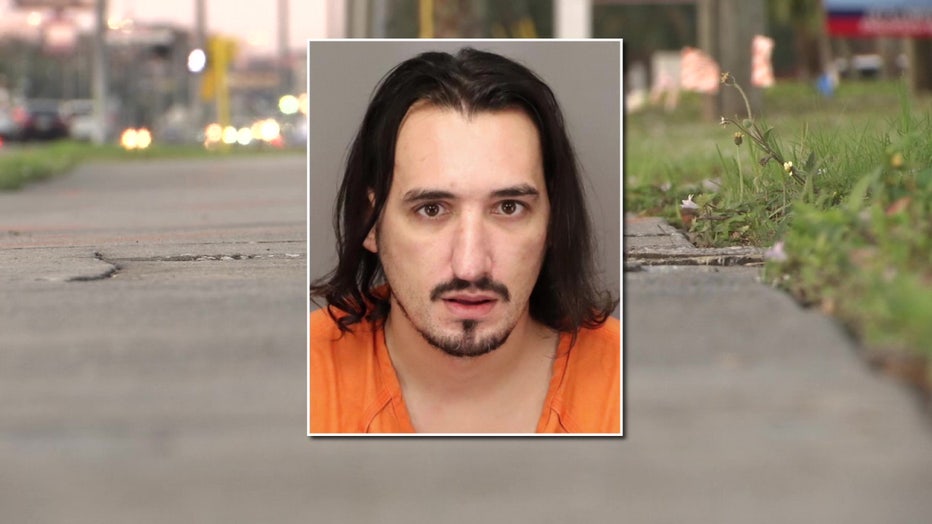 It’s not clear what store they were in, but the affidavit does gives more details about the hours prior and said the victim "was terrified and in fear." It goes on to say Frumosu had been in long-term relationship with the victim.

At one point the affidavit said he "pulled her hair, and slammed her head into the door." Another passage said Frumosu threatened the victim with gun and "took the victim’s cellular phone, and threw it in the toilet preventing the victim from communicating a crime to law enforcement".

Frumosu faces multiple charges, aggravated assault, battery and being a felon in possession of a fire arm.

Murphy with The Spring of Tampa Bay — a resource center for domestic violence victims — said each victim’s situation is unique and complex. It’s why it’s so important victims know help is available no matter their situation.

"We all have legal resources. We have, of course, emergency shelter. We have nonresidential services. You know, you are not alone if you're a survivor of domestic violence. We are here to help you," Murphy said.