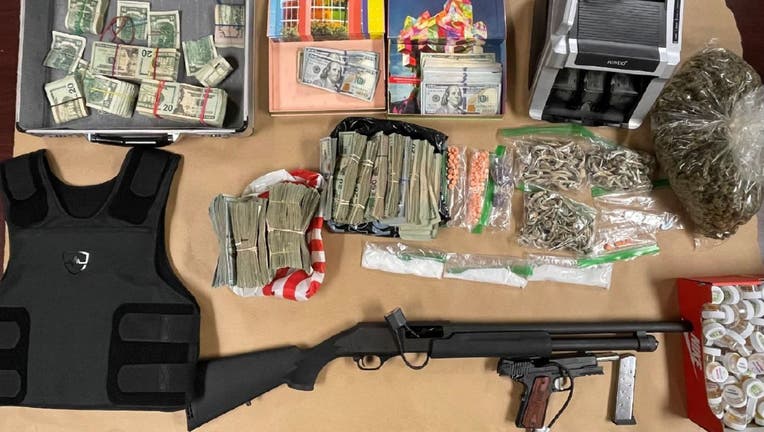 FOUNTAIN VALLEY, Calif. - A man from Orange was arrested last week after a Fountain Valley Police task force found him with weapons and $20,000 worth of various drugs, according to the department.

Jeffrey Rosslow, 30, was arrested on Aug. 11 after the Fountain Valley Police Department Crime Suppression Unity served a search warrant at his residence. The warrant was part of the unit's investigation into an alleged large-scale narcotics trafficking ring in Orange County.

When officers executed a search warrant at his place, they found various drugs including MDMA, ketamine, psilocybin, LSD, Adderall and marijuana,  with an estimated street value of $20,000 according to officers. Police also say they found body armor as well as a 12-gauge shotgun, a .45 caliber handgun and more than $80,000 in cash.

Rosslow was charged with possession for sales of narcotics as well as weapons violations. He was booked to the Orange County Jail and is being held on $100,000 bail.