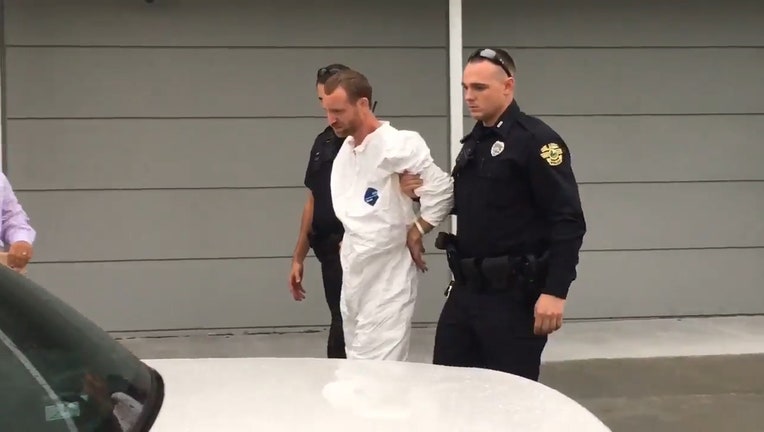 ORLANDO, Fla. (WOFL FOX 35) - A Central Florida man is accused of sexually assaulting a toddler in the restroom of a fast food restaurant.

David Gray, 35, whom police say is a daycare worker at a private Orlando-area residence, was arrested on Friday after witnesses said he assaulted a 2-year-old girl inside a Chick-fil-A, located at 4752 S. Kirkman Road, near Conroy Road.

When Orlando police officers arrived at the restaurant, a witness said she saw a man in a motorized wheelchair with a baby on his lap enter the building and go straight into the bathroom. After an extended amount of time, another customer yelled "call the police, a child is being abused in the bathroom," according to a police report.

Normal 0 false false false EN-US X-NONE X-NONE Police said Gray was working as a home daycare provider for the family of the child.

Employees said the man, later identified as Gray, is a frequent visitor to the restaurant. Patrons tried to keep Gray from leaving, but he pulled out a stun gun and threatened violence, according to police.

"He was just great!" she said. "He was great with the kids, great with paying his rent on time. I never seen any signs."

Saturday, Gray went before a judge for his first appearance, but was denied bond.