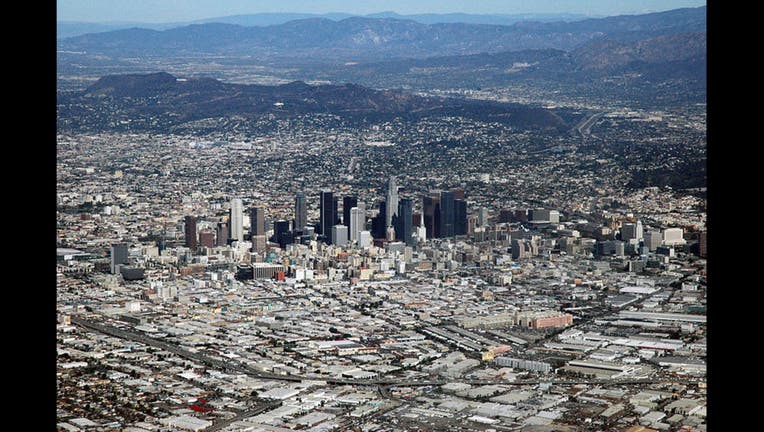 UNIVERSAL CITY (FOX 11 / CNS) - Los Angeles set records in 2016 for visitors, travelers passing through Los Angeles International Airport and cargo moving through the Port of Los Angeles, city and tourism officials announced Wednesday, but at least one City Council member warned that all the tourism could cause trouble for some neighborhoods.

"This is L.A.'s moment. Los Angeles is welcoming more visitors to our city and passengers through our airport than ever before, our nation-leading port is making L.A. an even more critical trade gateway to the world, and we are experiencing the kind of job growth that we haven't seen in a generation,'' Mayor Eric Garcetti said.

"We're working hard to keep up the momentum, by going after and landing one-of-a-kind attractions like the Lucas Museum of Narrative Art. And here's the best part: There's even more opportunity on the horizon, and an even bigger role for L.A. to play on the world stage,'' he said.

According to the Los Angeles Tourism & Convention Board, the city had 47.3 million visitors in 2016, which was an increase of nearly 4 percent over 2015, and had the sixth consecutive year of a record-breaking number of visitors.

Los Angeles also became the first U.S. city to have more than 1 million visitors from China, second only to Mexico in the number of visitors.

"Los Angeles continues to establish itself as one of the most desirable destinations in the world for tourists and business people alike," Councilman Paul Krekorian said. "Whether it's the sunny beaches and scenic landscape, our diverse communities and cuisines, our rapidly growing technology sector or the lure of movie magic as the global entertainment capital, Los Angeles has something to offer everyone who visits.''

About 80.9 million travelers passed through LAX, an increase of more than 8 percent over the previous year, marking the third consecutive year of a record-breaking increase. The Port of Los Angeles also reported the highest amount of cargo in its 100-year history, giving it the busiest year of any port in the Western Hemisphere.

"I salute the strong collaboration among the labor workforce, our terminals and the many stakeholders in the supply chain who kept cargo moving speedily and efficiently during a record-breaking year,'' said Port of Los Angeles Executive Director Gene Seroka. "To handle this much volume without congestion issues is an extraordinary accomplishment and bodes well for the future of the San Pedro Bay complex.''

The tourism numbers were announced at a news conference at Universal Studios Hollywood, which also set records for attendance in 2016, thanks in part to the opening of its Wizarding World of Harry Potter attraction.

Ron Meyer, vice chairman of NBCUniversal, said the park's $1.5 billion in upgrades led to "record-breaking attendance, created thousandsof jobs and had a positive impact on the region's economy.''

But not everyone was celebrating the record tourism numbers. Councilman David Ryu introduced a motion at the City Council meeting asking staff to report back on a strategy to relieve the impacts of tourism on some neighborhoods.

"Our city must do more to protect neighborhoods that are negatively affected by our increasing tourism numbers,'' said Ryu, whose district includes the tourist attractions like the Hollywood Sign and Griffith Observatory. "Los Angeles is an iconic city and is an increasingly attractive destination for many tourists. However, while we benefit from increased jobs and revenue we also need to use that revenue to create smart strategies to safeguard negatively impacted communities and to create better experiences for tourists.''

The economic news comes as Los Angeles is in the hunt to host the 2024 Olympics. A recent study commissioned by the LA 2024 Bid Committee found hosting the Games could increase the city's economic output by up to $11.2 billion.

"The continued increase in LA's already impressive tourism numbers reinforces our belief that the City of Angels would serve as the perfect stage for the 2024 Olympic and Paralympic Games,'' LA 2024 Chairman Casey Wasserman said.