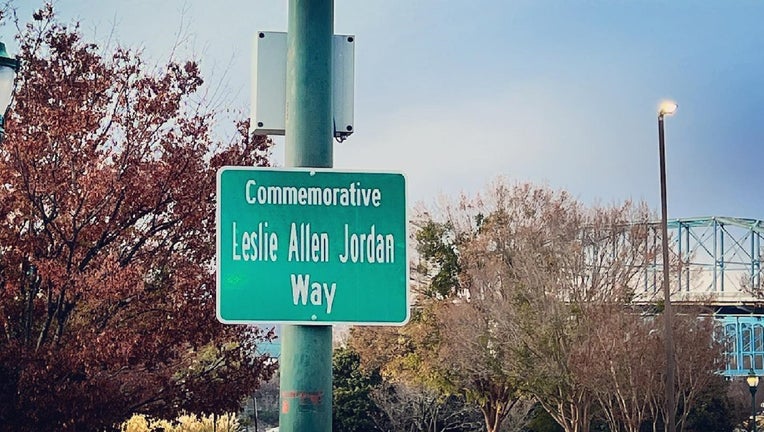 A sign marking a section of Tremont Street in Chattanooga, Tennessee renamed for the late-Emmy award-winning Leslie Allen Jordan. (Chattanooga Parks and Outdoors)

CHATTANOOGA, Tenn. - The city of Chattanooga, Tennessee is honoring native son and beloved actor Leslie Allen Jordan, renaming a street after him.

Jordan, known for his roles in "Will & Grace" and "American Horror Story" and his happy-go-lucky social media presence, died last month at the age of 67. He was on his way to a filming of "Call Me Kat" when he suffered a medical emergency and crashed. He died at the scene.

The actor, who won a primetime Emmy in 2006 for his performance as Beverly Leslie in the TV show "Will and Grace," was honored by his hometown on Sunday afternoon with a "Sunday Hymn Singin’ to celebrate the life of Leslie Allen Jordan." During the memorial at Soldiers and Sailors Memorial Auditorium, city officials unveiled plans to rename a section of roadway near the riverfront after the actor.

A proclamation was read during Sunday's ceremony:

"And whereas Mr. Jordan was a great supporter of local charities and causes and care deeply about his hometown and the people who lived in it.  And was particularly fond of the Walnut Street Bridge in downtown Chattanooga. Whereas the city of Chattanooga wished to recognize those who represent it nationally and internationally with joy, talent and grace, honoring their lives and cherishing their memory. Now, be it resolved that I, Chris Anderson on behalf of Mayor Tim Kelly, Mayor of Chattanooga, do hearby proclaim that the portion of Tremont Street extending from Frazier Avenue past the Chattanooga Theatre Center to the Tennessee River shall henceforth be known as Leslie Allen Jordan Way (cheers)." 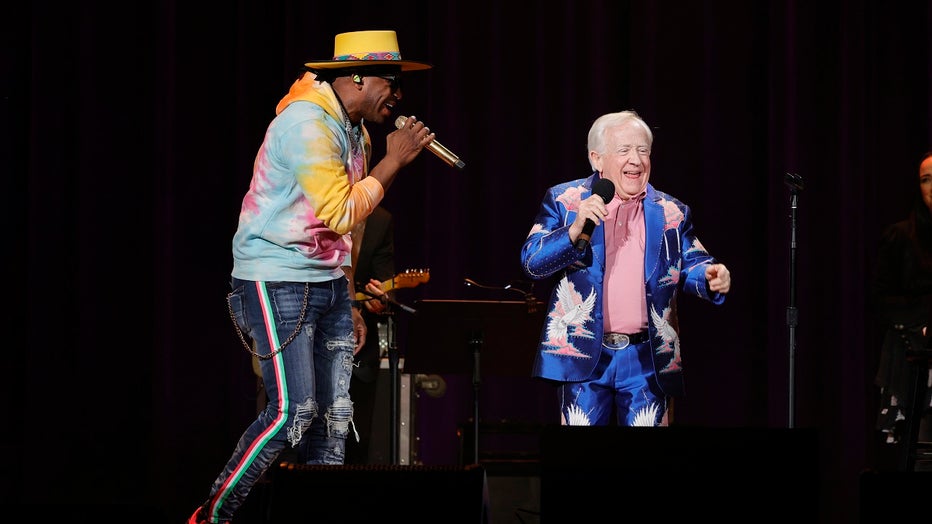 Jimmie Allen and Leslie Jordan perform during the Leslie Jordan & Friends Company's Comin' To The Ryman show at the Ryman Auditorium on November 30, 2021 in Nashville, Tennessee. (Photo by Jason Kempin/Getty Images)

Signs were already placed on Tuesday. Photos shared by the Chattanooga Parks and Outdoors department on Facebook shows photos of the sign unveil during Sunday’s event and the sign now marking the roadway. The roadway gives a picturesque view of the Walnut Street Bridge.

LEARN MORE OF THE LIFE OF ACTOR LESLIE JORDAN

Hollywood roles aside, Jordan became known for his social media presence during the COVID-19 pandemic, posting funny videos that covered his quarantine, interactions with other celebrities, and more. The posts sent his Instagram followers soaring to 5.8 million and even earned him a book deal, according to FOX News Digital.

No word on where Jordan will be laid to rest.

FOX News Digital and FOX News contributed to this report