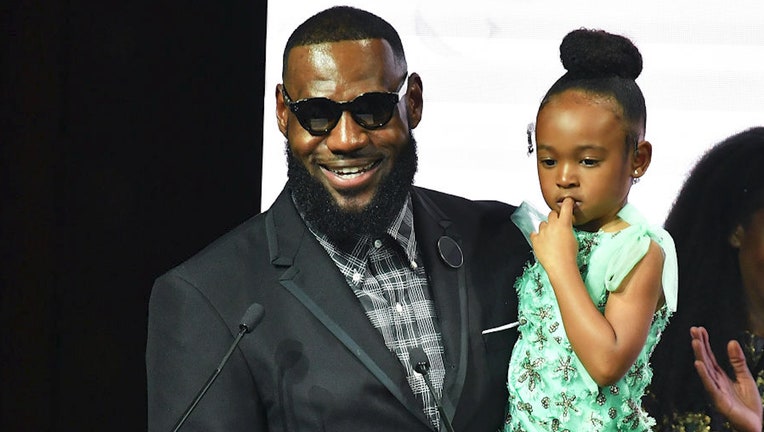 Lebron James bought his 5-year-old daughter, Zhuri James, a house that is an exact, mini replica to his own mansion.

In a video posted to Instagram on Zhuri’s account, the MVP gifted his daughter the new home as an early birthday gift.

The mini house is designed with its own stunning foyer, and it even has a kitchen with furniture that is the perfect size for the young homeowner.

In the video, James takes it upon himself to take a seat on the tiny couch placed in the foyer, after which his daughter grabs a tissue from the kitchen and wipes the floor where her father apparently stepped.

“Oh, my bad. I got your floor dirty?” James said, laughing.

This gift to his daughter comes just days after the Lakers won the 2020 NBA Finals against the Miami Heat in a season honoring the late NBA legend Kobe Bryant.